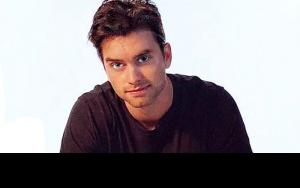 Pierson Fode is an American actor and model who was born on November 6, 1991, in a small rural town called Moses Lake, Washington. He has two older brothers named Preston and Payton and a younger sister named Pharron. Fode grew up with his family on a small farm but he knew that the farm life was not for him. By the age of 13, Fode had created his own company called Pierced Productions which he used to produce over 20 short films where he wrote, directed and played the lead. After graduating high school, Fode got his Associate of Arts from a local college and set off to California to pursue an acting career at just 18-years-old.

Fode was managed by Seattle Talent until 2011 when he was signed to Wilhelmina Models. He began a modeling career which earned him several awards including Star of the year, Best Scene Performance, Best TV Commercial Read Beauty, Best Smile, Best Runway Walk, and Best Fashion Print Photos. By 2012, his acting career had begun with a debut on the Nickelodeon Sitcom "iCarly" where he played Todd and appeared alongside such names as Miranda Cosgrove, Nathan Kress, and Jeannette McCurdy. He most recently appeared in the CBS drama series "The Bold and the Beautiful" where he played Thomas Forrester.

FAQ: How old is Pierson Fode?