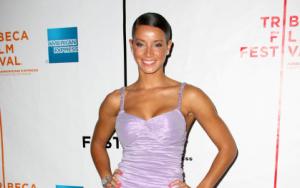 Porschla Coleman is a former model that is most famous for being the wife of former NBA basketball legend, Jason Kidd. She now works as the Executive Director of The Jason Kidd Foundation.

Porschla was born in Gulfport, Mississippi. At the age of 17, Porschla moved to New York City to pursue modeling after being scouted by an agent and within just months, her modeling career took off. Her exotic beauty landed her high-profile campaigns with major fashion brands including Danskin, RocaWear and Frederick’s of Hollywood.

Porschla Coleman holds two television acting credits for two different TV series. Her debut was back in 2003 when she was finalist on the very popular “Star Search” reality game show. She is now known as Jason Kidd’s beautiful wife but her original claim to fame to most of the American audience was when she was a winner on “Star Search.” On this show hosted by Arsenio Hall, contestants were asked to compete in categories involving singing, dancing, and comedy. It was hosted in a tournament-style format that culminated in a grand winner for each category at the end of the season.

In addition to her “Star Search” fame, her relationship with Jason Kidd earned her a guest appearance on the hit show, “Khloé & Lamar.” This series was a drama and romance reality show centered around basketball. It was aired between 2011 and 2012 and only had two seasons because it was not well received by the critics or the public. Porschla Coleman starred in one episode entitled “Compulsive Behavior” in 2012.

Marriage to a Basketball Legend

For a while, Porschla Coleman dated rap mogul and hip-hop producer, Russell Simmons. He flaunted her around town for some time but they broke up in 2008. Russell Simmons claimed that Porschla Kidd didn’t get along well with his children and that was very important to him.

Porschla Coleman ended up dating and marrying one of the NBA’s most famous players, Jason Kidd. He is a ten-time NBA All-Star, five-time All-NBA First Team member, and nine-time NBA All-Defensive Team member. Jason Kidd played for the Dallas Mavericks, Phoenix Suns, and New York Knicks, and also joined the coaching ranks as the head coach of the Milwaukee Bucks basketball team. After he was let go from the team, he interviewed for a job with the Phoenix Suns but was not offered the job. He is currently waiting for another opportunity to pop up so that he can get back to coaching.

FAQ: What is Porschla Coleman networth in 2020?