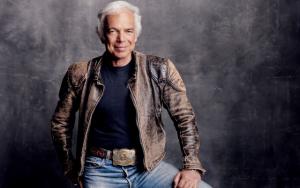 Ralph Lauren is known as an American fashion designer, philanthropist, and business executive. He is most famous for creating the Ralph Lauren Corporation, a global multibillion-dollar enterprise that makes money in clothing and lifestyle branding.

Ralph Lauren was born on October 14, 1939 in The Bronx, New York City, New York. The future legendary designer was born as Ralph Lifshitz. He was the third born of four siblings. His parents Frieda and Frank were Jewish immigrants who had fled Belarus to escape from Nazi Germany. Ralph was raised in the Mosholu Parkway area of the family's adopted neighborhood.

Ralph and his brother Jerry changed their last name to Lauren when Ralph was 16. The wanted to change their last name because they kept getting bullied at school. Ralph was already known for his distinctive fashion sense even as a teen. He found inspiration in film icons like Fred Astaire and Cary Grant.

He worked in retail at Brooks Brothers before developing his own line of neckties. He create a brand named Polo which is now one part of an international empire that includes fragrances, home furnishings, luxury clothing and dining products based on a fantasy aesthetic of upper class living.

FAQ: How old is Ralph Lauren?