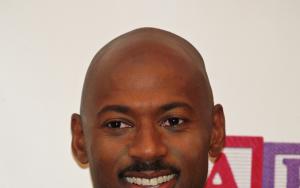 Romany Romanic Malco Jr was born on November 18, 1968, and he is an American actor, and a music producer. Malco was born in Brooklyn, New York, from a family of Trinidad’s origin. When he was still a teenager, he moved to Baytown, Texas, where he attended the “Ross S Sterling High School”. Once he graduated, he formed a rap group called “R.M.G.” and he moved to Los Angeles, where, in 1991, he signed for Virgin Records with his group, that changed its name to “College Boyes”. Malco’s alias in the group was R.M.O., and the other members were Squeak, B. Selector, and DJ Clue. The group has been active till 1994, and in 1992 they reached the #1 in the rap charts with the single “Victim of the Ghetto”, from the album “Radio Fusion Radio”.

Other than being a singer, in the early years of his career Malco was working even as a music producer. In those years, he got to meet the actor John Leguizamo when he starred in the production of “Monello Flagello” (1997). Leguizamo, deeply impressed by the dynamic personality of Malco, suggested him to try a career as an actor. Malco tried to pursue acting, and he definitely succeeded: he got small roles in the begin, but quickly got always more and more important roles, both on the “big screen”, and also on TV series.

Malco has also been a guest in many Podcasts, the most important of which being the “NFSW Show” (2011 and 2012), “Sklarbro Country” (2014), and the “WTF with Marc Maron” (2014). He also hosted an episode of the popular YouTube channel, Equals Three (=3) on Tuesday 11 September 2012, when the regular host, Ray William Johnson, took time off to pursue another project.

Malco has been nominated for many awards, including 2 “MTV Movie Awards” for the “Best Breakthrough Performance” and the “Best On-Screen Team” in 2016 for the movie “The 40-Year-Old Virgin”, 2 NAACP Image Awards (2007 and 2008), and a “Screen Actors Guild Awards” in 2007 for his “Outstanding Performance by an Ensemble in a Comedy Series” (Weeds). Unfortunately, he didn’t win any of those awards, but this doesn’t take away anything from his popularity and acknowledged acting skills.

The roles for which he is most popular are the one of “Conrad Shepard” in the Showtime TV series “Weeds”, the one of “George St. Cloud” in the ABC one-hour drama “No Ordinary Family”, and for the voice of “Taboo” in "Opposites Attract", "Skat Strut”, and "Big Time".

Malco got married in 2008 to Taryn Dakha, a former ice skater, model, actress, and body double for Jessica Alba. They met in 2007 on the set of “The love Guru”, and they got married in the next year. There were some rumors about Malco being gay, after he mentioned that he had a small crush on Justin Timberlake, but that rumor has been clarified by Malco himself, who stated that he wasn’t gay.

FAQ: How old is Romany Malco?