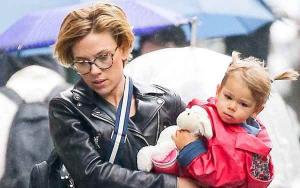 Who is Rose Dorothy Dauriac?

Rose Dorothy Dauriac is the daughter of American actress Scarlett Johansson. She was born on August 30, 2014, in New York City, New York, in the United States. Dauriac was born to American actress Scarlett Johansson and French journalist Romain Dauriac. She was named after her great-grandmother Dorothy. In 2012, her parents met after they were introduced by a tattoo artist and got married in 2014. There was initially a custody dispute over which parent would retain custody of Dauriac. Johansson and Dauriac eventually came to an agreement involving split custody. Dauriac is a celebrity by default due to the extreme popularity of her mother who stars as the Black widow in the Marvel "Avengers" films.

Her mother was named one of the highest-paid actresses of 2014 to 2016 with a net worth of around $100 million. Dauriac's father has also done well for himself with a net worth of $1.5 million from his work as a journalist. Her father is currently working as the manager of a creative advertising agency and her mother is still working as an actress. Johansson filed for divorce in March of 2017 citing irreconcilable differences. Duriac was just two-years-old when her parents decided to separate.

FAQ: What is Rose Dorothy Dauriac networth in 2020?