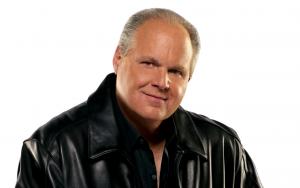 Rush Hudson Limbaugh III is an American radio artist, talk show host, writer, political commentator as well as an entertainer. Also known as Maha Rushie or The Pigman, he worked as a radio jockey from his teenage days whereas his talk show began in 1984 when he was stationed at Sacramento’s KFBK station. After working in WABC radio station, his show gained nationwide popularity and his show The Rush Limbaugh Show, was rated the highest heard radio show in the USA.

With a weekly audience of 15 million people to his radio show, he was rated as the most-listened-to talk show host by Talkers Magazine in 2012. An author as well, he received success and fame after his books; The Way Things Ought to Be (1992) and See, I Told You So (1993) were New York’s Best-selling books. With his fame and popularity spread across the world, he has a huge fan following on his social media accounts. The most paid media person in the US, he has an estimated net worth of 400 million US dollars. Thus, you can imagine the success that he has achieved in his career.

Rush was born on the 12th of January, 1951 in Cape Girardeau, Missouri, United States of America. She was born as the son of Mildred Carolyn "Millie" and father Rush Hudson Limbaugh, Jr. who used to work as a lawyer. He also served as the U.S. fighter pilot in the China Burma India Theater of World War II. An American by nationality, he is of German ethnicity and is a Christian by religion. With most of his family members being lawyers, he said that he wasn’t committed or interested to become a lawyer.  Not much is known about his family or childhood and that he began his career as a radio host in his local hometown channel. A student of Missouri Central High School, he graduated from there in 1969. An average student in class, he was a very good athlete who played football and got an academic scholarship for Southeast Missouri State University.

Regarding his persona life, it looks like he has had affairs and romance with multiple women in his career. At a time when radio was one of the most popular device and radio show hosts were very popular, his good looks and charms were an important weapon to attract women. Married for the first time in 1977, he married his wife Roxy Maxine McNeely who was a high school student back then. Three years down the road, they got divorced without any children and got married for the second time in 1982.

His second wife Michelle Sixta worked as a model, who had affairs with other men too; and that resulted in their divorce in 1990. In 1994, he was married for the third time in his life to Marta Fitzgerald and after living together for 10 years, got divorced in 2004. Currently, he is believed to be romantically involved with Kathryn Rogers, a model and a TV personality. Although it is confirmed that they have not been married till now, it is not sure if they have any children between them.

FAQ: How old is Rush Limbaugh?

FAQ: What is Rush Limbaugh networth in 2020?