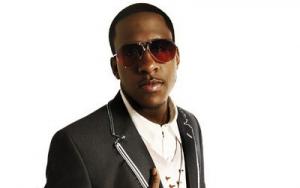 Ryan Toby is known as an American singer and actor. He is most famous for his role in Sister Act 2: Back in the Habit as Wesley Glen Ahmal James.

Ryan got his first taste of fame when he was sixteen and scored a big acting role. He acted as a member of the kids choir in the movie, Sister Act 2: Back in the Habit. The group of kids would steal the show with their “Joyful, Joyful” performance. He contributed to the rap section as well.

Ryan Toby found musical success as part of the hip group, City High. Ryan was working with Jazzy Jeff to help finish Will Smith's album collection. At the end of 1998, Ryan ran into an old director, Marvin Thompson. They hadn't seen each other since he did Sister Act II. He revealed to Ryan he was working with a little youngster named Robbie who went to Ryan's high school. Ryan remembered him from high school. Wyclef had recently signed him, and he had another label with his cousin Jerry Wonda called Booga Basement on Interscope. He requested that Ryan do some writing for his project. Ryan started writing with him and doing coordinated efforts for his performance project. City High was then born. Their debut album sold millions of copies and they were nominated for a Grammy. Although they reached heights they never expected, the band split after two years.

In 2003, Ryan Toby married his bandmate from City High, Claudette Ortiz. The couple had started dating since the time the band was formed and had a romantic affair for two years. Their marriage took place in the same year that the band split. They were engaged for eight months before they tied a knot.

Managing a family with two children and performing on stage, simultaneously, is a difficult job. In an interview once Tobby was asked how the couple is managing the marriage and their musical interests simultaneously. Toby answered that the couple manages all these by being together. They stay together all the time, no matter what. Toddy claimed that this is the reason for their successful marriage and career. Ryan Toddy supported his wife to the upmost with all her desires. He even became her manager and also helped her as a guide. He gave many tips and helped his wife with her solo music career. After their marriage, Ortiz was set to release a solo album.

The couple was married for three years and then decided to split-up. The reason for their split-up was not mentioned by any of them. They separated on February 25, 2007. After a few months, they filed a case in court on October 10, 2007 and finally, got a divorce on December 1, 2007. The couple has two children, both being sons. The older on, Daunte Goncalves was born in 2003 and the younger one, Joel was born in 2005. Ryan also has a daughter from a previous relationship as he has mentioned in some of his interviews. After the split, Ryan moved back to Los Angeles and found some peace.

FAQ: How old is Ryan Toby?