HOW OLD IS Sanaa Lathan 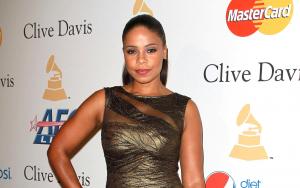 Sanaa Lathan is 51 years and 4 month(s) old. She was born in 19 Sep, 1971. Sanaa Lathan is an American actress and voice actress Sanaa has starred in many movies and was a voice of few cartoon shows She also was nominated for a Tony Award for her performance on Broadway and worked at the Novello Theatre in London

Click here to read the full biography about Sanaa Lathan