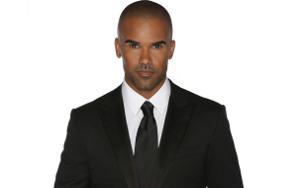 Shemar Franklin Moore was born on the 20th of April 1970 to Sherrod Moore, an African-American & Marilyn Wilson, a Canadian-French. Shemar attributes the wonderful traits of his personality to his mother who imbued in him values like respect for all, honesty & hard work. Shemar also went on to acknowledge that being a Biracial, he has had the best of both the worlds. His mother, Marilyn was a teacher & she was placed in Bahrain & Denmark.

Shemar moved along with his mother & has been to places. Shemar spent some school time in Denmark before returning to the USA in 1977, where he moved to Gunn High School in Palo Alto. He later went on to the Santa Clara University & graduated with a major in Communications & minors in Theaters. He was on a partial baseball scholarship at Santa Clara University where he played Baseball dreamed of becoming a Professional Major League Pitcher. However, a shoulder injury put his dreams to rest.

As Shemar’s Biography reveals, he did some modeling jobs while in college to pay for his partial college fees. After the injury set him back & the positive feedback in got in modeling coupled with the minor in Theaters, Shemar decided to move to New York City to peruse his second dream of making it big as a Media Personality.

Shemar initially had to struggle to make his ends meet & also waited tables. But soon he got his first major break while appearing in an advertisement for a Shaving Cream for the GQ magazine. Soon he found himself being called to several auditions for movies and TV shows. He was so motivated that he hired Steven Anderson, an acting coach to up his game. However, he soon went broke & just before he thought he had completely lost it, he auditioned for the role of Malcolm Winters in the TV Show titled, The Young & The Restless. He was selected amongst the 390 other actors & first appeared on May 1994 in the soap’s first episode. Since then there has been no looking back for Shemar. He went on to star in that soap for 8 long years & in these illustrious years he has won many awards & accolades for his portrayal of Malcolm Winters, including a Daytime Emmy for Outstanding Supporting Actor.

The actor also played in Birds of Prey in 2002 following The Young & The Restless as an honest Police Detective. His next best offering came in 2005 through Criminal Minds where he portrayed the character of Derek Morgan, another remarkable character brought to life by Shemar. He has made 200 appearances in the show, making it a household name.

He also acted in a couple of movies, following his success on the silver screen, naming Butter in 1998, The Seat Filler in 2004 & the Tyler perry directed Diary of a Mad Black Woman.

The sensational & charming actor/model is yet to get married. Since the diagnosis of his mother with Multiple Sclerosis, he has been taking part & organizing many charities to raise awareness & research money. The handsome hunk is estimated to have a net worth of $16 million & is an avid Twitter person. With 762k followers on Twitter, he keeps his followers updated about his shows, charity programs & the like.

FAQ: How old is Shemar Moore?