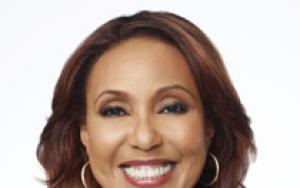 Telma Louise Hopkins was born on 28 October, 1948, in Louisville, Kentucky, in the United States of America. She became known to the public as a member of the 1970s band Tony Orlando and Dawn, which had several number one hit records. She has made appearances on the CBS variety show Tony Orlando and Dawn from 1974 to 1976 along with Tony Orlando and Joyce Vincent Wilson.

Hopkins began her musical career as a backing singer in Detroit, Michigan. Her vocals were on many hits released by Golden World and Motown records. She worked as a vocalist with famous musical acts such as The Four Tops and Marvin Gaye. She also provided backing vocals for Isaac Hayes and can be heard shouting "Shut your mouth!" on Hayes' hit song "Theme from Shaft”. Hopkins and Joyce Vincent Wilson were recruited in 1971 by Tony Orlando to launch the vocal group Dawn.  Prior to Hopkins’ joining the group, Orlando had used the name Dawn when releasing the singles "Candida" and "Knock Three Times", recorded with session vocalists Linda November and Toni Wine backing him. When the singles found success on the charts, Orlando saw the need to get together a regular backing group to tour and record with, leading him to recruit Hopkins. Tony Orlando and Dawn had great success with their records throughout the second half of the 1970s, producing sixteen top-40 singles, three of which reached #1.  The group were featured in a CBS variety show (entitled Tony Orlando and Dawn) from 1974 to 1976. In 1977, Tony Orlando and Dawn publicly retired from the music scene.

Hopkins’ first acting role was  as Daisy in the ABC miniseries Roots: The Next Generations in 1979.  Soon after, Hopkins acted alongside Eileen Brennan on the ABC sitcom, A New Kind of Family. In 1980, she co-starred with Tom Hanks and Peter Scolari in another ABC sitcom, Bosom Buddies. The comedy series was cancelled after two seasons in 1982. She also made guest star appearances on The Love Boat, Fantasy Island and The New Odd Couple during the early 1980s.

FAQ: How old is Telma Hopkins?

FAQ: What is Telma Hopkins networth in 2020?