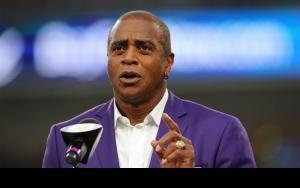 Ahmad Rashad was born November 19 1949 in Portland Oregon. His original name was Robert Earl Moore. He is currently an American Sportscaster for NBC sports and was a formal NFL player. The St Louis Cardinals drafted him as the four overall selection in the 1972 NFL Draft. Rashad was an All American running back from Oregon who was also a wide receiver. For two seasons he was converted back to a wide receiver while playing for the cardinals. After his two years with St Louis he then joined the Buffalo Bills for one year. Afterwards he began his longest tenure with the team he was well known for which was the Minnesota Vikings ranging from 1976-1982. His tenure with that team has earned him Pro Bowl appearances consecutively from 78’ – 81’. He is billed at 6 feet 2 inches and weighs at 205 pounds. In 1978 he was the pro bowl MVP and considered one of the 50 greatest Vikings while receiving a ring of honor from that team.

Moore was born in Portland Oregon, and attended Mount Tahoma High School where he played football. His abilities during his high school years earned him the opportunity to attend the University of Oregon in Eugene through an athletic scholarship. His scholarship in UO earned him an opportunity to play for the Ducks, while being part of a fraternity named Omega Psi Phi. While playing football, he continued his academics by majoring in elementary education. Unfortunately during his college years, Rashad ran into league troubles as he was charged for felony theft in 1970. He was given a reduced charge by pleading guilty. His former religion consisted of Pentecostalism and he later switched to a sect of Islam which was referred to as the United Submitters International. It was there where he changed his name from Robert Moore to Ahmad Rashad.

In Oregon he received the All American award in 1971, and was later drafted as the fourth player in the NFL Draft. He was traded to the Buffalo Bills after two seasons with St. Louis. After his short tenure with the Bills he found himself in a trade with the Vikings as the Bills hunted for a draft pick in exchange for Rashad. Rashad nearly lost his spot on the team due to a failed physical but stayed due to fellow teammate Fran Tarkenton defending his teammate into staying on the team.