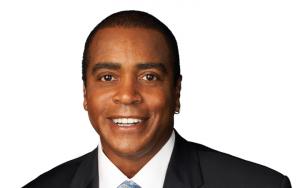 Ahman Rashad is an American sports news caster and also was a former pro football player. He played the NFL Draft with St. Louis Cardinals, as a running back and a wide player. Spending two seasons with the Cardinals, he also spent a season with Buffalo Bills and 6 seasons with Minnesota Vikings between 1976 and 1982. A very tough and competitive player, he was selected for the Pro Bowl, four times with his time with the Vikings. After playing successfully with his college team as a quarter back, he was selected by St. Louis Cardinals in their 1972 NFL Draft, and was the fourth player to be selected. He got regular playing chances under the coach Bob Hollway, but after changing of coaches in 1973, he was transferred to Buffalo Bills.

He replaced Dennis Shaw for quarterback and has a very good season before losing out the entire season of 1975 to an injury. After an unsuccessful campaign followed by injury, he was traded to Minnesota Vikings, who didn’t accept him at first. Just back after the injury, he even didn’t pass the medical test for Vikings, but since their quarter back Fran Tarkenton had a very unsure future at the club, they kept him. With almost 500 passes and a total of 7 thousand yard runs in his career, the main highlight of his time was seen at Vikings. He is especially remembered for scoring and taking the lead against Cleveland Browns in 1980, winning the Central Division title for his team. He didn’t have a very successful career as a player but certainly contributed for his team, at large.

Ahmad Rashad was born as Robert Earl Moore Jr., on the 19th of November, 1949 in Portland, Oregon, United States of America. He was born as the son of a football coach father Robert Earl Moore Sr. and his wife Condola Moore, who was a housewife. Born as the couple’s only children, he took an interest in football from a very young age; inspired by his father. Studying in Washington, he played football for his high school, which was Mount Tahoma High School. With his outstanding career, he received an athletic scholarship for University of Oregon, where he continued his outstanding form. While playing for his college, he had legal issues and was accused of theft in 1970, to which he pleaded guilty and was banned for a month of training.

He began his TV career as a journalist following a departure from professional football. He was hired by NBC as well as ABC to cover sports news like NFL, NBA, Major League Baseball. A host of NBC’s Inside Stuff, he ran many other TV shows like Real TV, game show Caesars Challenge, Celebrity Mole as well as NBA Access with Ahmad Rashad.Apart from his career as a journalist, he has also appeared in several TV shows like Monsters. Similarly, he has also conducted interviews with many great professionals that has been broadcasted in the channels that he worked for. In 2013, he had been hosting Morning Drive, a daily talk show telecasted by Golf Channel, but left in the summer of that year.