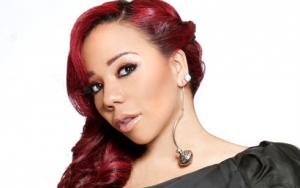 Tiny Harris is known as an American singer and songwriter. She is most famous for being a member of the popular female R&B group, Xscape.

Tameka “Tiny” Harris was born on July 14, 1975 in College Park, Georgia. Her parents were Charles Pope and Cottle Pope. She developed an interest in music since her childhood days. She used to sing many pop songs and attracted the attention of friends at her school. She is known as ‘Tiny’ because of her small height of 4 feet and 11 inches.

Tiny started dating T. I, a famous rapper and the fell madly in love. On July 30, 2010, they got married in Miami, Beach Florida. Together, they have two sons. Clifford “King” Joseph Harris was born on August 25, 2004, and Major Philant Harris was born on May 16, 2008. The couple also has a daughter named Lelah Amore Harris.