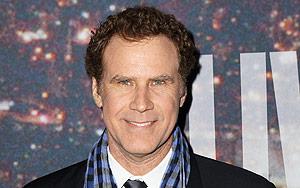 Born on July 16, 1967, to father Roy Lee Ferrell and mother Betty Kay Ferrell in Irvine situated in California, John William Ferrell spent most of his childhood days growing up with his brother in California. He did his schooling from the Turtle Rock Elementary school and then went on to study at the Rancho San Joaquin Middle School. He completed his studies from the University High School situated in Irvine. It was the monotonous environment of Irvine which made him interested in comedy. He tried to come up with good jokes to make his friend’s laugh and always searched for new funny ideas. During his school days, he also went on to participate in several comedy plays which he wrote himself. After high school, he went on to attend the University of Southern California and graduated in the year 1990 with a sports information degree.

After doing some odd jobs for some time, he shifted to Los Angeles to pursue a career in which he was really interested. He went on to join the famous comedy troupe The Groundlings in the year 1994. Before this, he even appeared on the shows like Living Single and Grace under Fire. In the year 1995, Ferrell went on to join Saturday Night Live and gained popularity for his impersonations of several big names. He left the show in the year 2002, but he created a huge fan base for himself.

He also made his debut as an actor in the year 1995 when he was cast for the role of a newscaster in the movie Criminal Hearts, but he was left uncredited for the movie. He has done several movies in his career for which he is widely appreciated and has received several awards. He appeared in many movies which include Austin Powers: International Man of Mystery as Mustafa in 1997, Man Seeking Women as Al in 1997, Austin Powers: The Spy Who Shagged Me as Mustafa in 1999, Zoolander as Jacobim Mugatu in 2001, Old School as Frank Richard in 2003, Elf as buddy in 2003, Anchorman: The Legend of Ron Burgundy as Ron Burgundy in 2004, Wedding Crashers as Chazz Reinhold in 2005, Stranger Than Fiction as Harold Crick in 2006, Blades of Glory as Chazz Michael Michaels in 2007, Daddy’s Home as Brad Whitaker in 2015 and Zoolander 2 as Jacobim Mugatu in 2016.

He has also done several television shows which include Strangers with Candy as Bob Whitely in 2000, Undeclared as Dave in 2001, Man vs. Wild as himself in 2009, Eastbound & Down as Ashley Schaeffer in 2009 and The Jim Gaffigan Show as himself in 2016.

FAQ: How old is Will Ferrell?