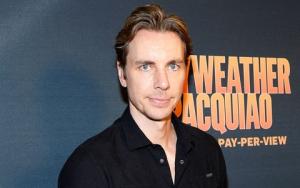 Dax Shephard was born on January 2, 1975, in Michigan, USA to Laura LaBo and Dave Robert Shepard, Sr. Her parents, however, divorced when Dax was just 3 years old. This had an immense impact on Dax's childhood although his mother gave him everything a child could need father's love wasn't one of them. His mother was working at car shows and so they had to travel a lot from race tracks to another race track. Because of this Dax did not have a place to stay for a very long time. Shepard's mother married 3 times after getting the divorce from Dax's father having a son and a daughter from the later marriages.

Dax did her graduation in 1983 from Walled lake central high school. He did his degree from ULCA in anthropology. After completing his college he moved to Los Angeles in 1996 and started auditioning for acting roles. In 2003 he got a role in MTV comedy show Punk'd with Ashton Kutcher for which he was critically acclaimed. Later in 2012 he also appeared in the show's revival this time alone without Aston Kutcher.

In 2004 he along with Matthew Lillard and Seth Green appeared in a comedy show called Without a Paddle. The movie, however, was not well received by the critics as they though it was a shallow comedy but still the movie was a commercial success earning alt more money than what was spent in production. In 2006 he did a movie called Employee of the Month with Jessica Simpson. He also starred in the movie Zathura as an astronaut in 2005. Besides acting he has also written scripts for some movie most notable the paramount pictures Get em wet.

In 2010 he started acting in Parenthood which lasted till 2015 when the last show was aired. In 2012 he produced, directed and acted in Hit and Run which was a low budget movie. He did this alongside his wife and close friend Bradley cooper. In September 2014 the couple did a commercial for Samsung with garnered over 20 million views on youtube forcing them to make another commercial together getting similar kind of reception from the fans for both.

Dax started dating Kristen bell in 2007 they took their time and got engaged 3 years later in 2010 but did not marry until till 2013 since they wanted to wait for the same-sex marriage to be legalized. This, however, was not the case as the supreme court ruled the favor against it and so in 2013 they decide to marry anyway. Kristen asked Dax through twitter to marry her and so Dax agreed. They married on 17 October 2013 in Beverly hills .dax has 2 daughters with his wife both currently living in the USA with them.

Dax is bisexual and it is known to the whole world as he came out when he was dating Kristen. He is also a strong supporter of LGBT rights and the same-sex marriage. The couple was voted as the sexiest Vegan couple but Dax turned down the award as he had started eating nonvegetarian food some months back. His net worth is estimated to be around $10 million. His biography can be read on Wikipedia as well as on IMDB. His fans can contact him through facebook and twitter.

FAQ: How old is Dax Shepard?