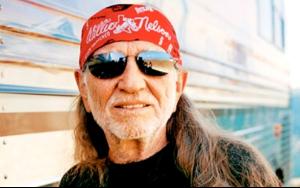 Soon after the birth of Nelson his mother divorced his father and left. In a few months his father also remarried and moved on with his new wife and left. Willie and his older sister, Bobbie, were raised by their paternal grandparents, this was a very tough time in his life as he still recounts. Willie and his sister Bobbie attended their town’s small Methodist church with their grandmother. Church was where they were first exposed to music. “The first music we learned was from the hymn books. Willie had such a beautiful voice," Bobbie told Texas Monthly in 2008. Both grandparents had a musical background, and they encouraged Willie and his sister to play. Willie Nelson got his first guitarwhen he was six years old and ssoom started writing his own songs .His famous gospel song “Family Bible” was inspired by this early exposure to religious music. He sold the song to his guitar teacher for $50.

While still, 13 Nelson started to work at a local taverns and dance halls. He meanwhile attended a nearby school in which he was selected in the football as well as in basketball team. He also worked part-time jobs for the electricity company as well as a local pawn shop. He got his first proffesional music job with a local polka band. In 1947 Nelson joined the gospel group Bud Fletcher and the Texans, Bobbie was already playing piano for the band. They played the local club circuit for the next few years

After completing his school education he got himself enrolled into the United States Air Force.  Chronic back problems made his military career short and he was honorable dischared after leass than a year. After leaving the military Nelson was not sure what he wanted to do next, he enrolled in a farming program at Baylor University. While pursuing his studies, he took odd jobs to make ends meet, including selling encyclopedias door to door.

FAQ: How old is Willie Nelson?

FAQ: What is Willie Nelson networth in 2020?