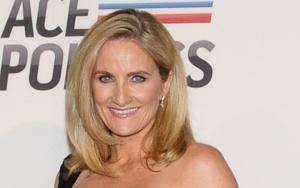 Alexandra E. Witt was born on April 9, 1961, in Pasadena, California. Alex grew up in Hancock Park, a middle-class neighborhood located in Los Angeles. Her father, Dr. Charles B. Witt, M.D., is a noted thoracic surgeon who practices in Los Angeles. She is a second cousin, seven generations removed, to George Washington through Bailey Washington, a cousin and contemporary of President Washington. She is a member of the National Society of Washington Family Descendants.

Alex attended the Marlborough School for Girls located in Los Angeles. The school is a college-preparatory secondary school for grades 7 through 12. Aside from Alex, the school has a long list of other famous alumni, including Dolly Green, Jacqueline Emerson, Joan Riddell Cook, and Lela Cole Kitson, the renowned author and columnist.

After graduating from the Marlborough School, Witt attended the University of Southern California, where she majored in journalism and international relations.

Alex is married to the television producer, Bill Sorensen. Together they live in Bronxville and have a daughter named Caroline and a son named Charlie.

Alex Witt began her career in television journalism by working as a field producer for "The Today Show." The first on-air position she was given was at the Salinas, California, station of KCBA. Later she would also work for KCBS-TV, KNBC-TV, and KABC-TV.

From 1990 until 1992, Witt held a position as an air reporter for KCBA. From 1996 until 1998, she worked as a reporter for WNYW-TV. In 1999, she joined the ranks of MSNBC and had been there ever since. For the "MSNBC Live" show, Alex has been positioned as a weekend anchor since 2014. She also serves as the main anchor for the "Morning Joe First Look" program, alongside Betty Nguyen. She has flourished working for MSNBC and has covered numerous politics, breaking news, and feature stories. In the wake of the September 11 terror attacks on the United States, Alex Witt broadcasted from the World Trade Center. She continued to follow the war on terrorism in the Middle East and has done features on the War in Iraq. Alex is passionate about equality for women in the workplace, education, and gun control. She also worked as a consultant on Aaron Sorkin's HBO series "The Newsroom " final season."

FAQ: How old is Alex Witt?

Quick Facts
Help us Edit this article and get a chance to win a $50 Amazon Gift card.
Last Modified: Sep 26 2021
You may also like
articles you may like