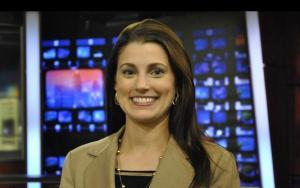 Allison Chinchar was born on April 9, 1984 in Mansfield, Ohio. Allison is an experienced American meteorologist who has been practicing weather forecasting as a professional meteorologist since 2008. She is currently working for HLN Weekend Express, CNN, and CNN International.

Her childhood days are not well known but it is said by family and friends that she was always interested in the changing of weather, storms, and tornadoes. Her childhood curiosity about how the earth worked prompted her to choose weather forecasting as a career.

In 2007, she joined WCMH TV where she worked for a few months as the daily weather reporter and from there she moved on to working with many other channels. Currently she works at CNN which is a big accomplishment for any anchor because of how big the network is. She is very humble and also very hardworking. These are traits that make weather channels want to hire her for large amounts of money, which explains her million dollar net worth.

Since Allison is an Atmospheric Science and Meteorology graduate from Ohio State University, she was well prepared for her career. She is also active member of the ASPCA (American Society for the Prevention of Cruelty to Animals) and the NWS (National Weather Services). Allison also knows a bit of American Sign Language, enough to be able to simply converse with someone, who is deaf. Her organizational members are a reflection of how much a good world citizen she is.

She was part of the famous 11 Alive’s weather team, which was known by the term dubbed “Storm Trackers”. The team included reputed meteorologists such as chief meteorologist Chris Holcomb, Chesley McNeil, Samantha Mohr and Humphrey. She was well liked by her team because of her sweet, charming personality.

In her impressive career, she has covered numerous critical weather conditions such as 2010's tornado outbreak, Hurricane Isaac, and the devastating tornado crossing the Chickamauga dam.

Allison is happy that she gets to help people from what she is doing. However, her dedication to weather is not risk free, as chasing extreme weather condition like storms and tornados are often risky, something that was experienced by her husband first hand, an incident which changed their outlook on life. However, they were able to both move on from the horrific incident.

FAQ: What is Allison Chinchar networth in 2020?