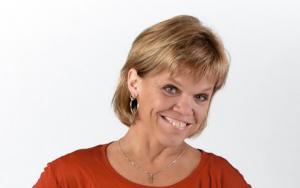 TLC approached Amy in 2005 about doing a show with her entire family. Amy saw this performance as an opportunity to educate others about dwarfism and the issues that come with it.

Amy rose to fame as a result of this. The first episode of this show aired on March 4, 2006. The parents, Matt and Amy, were the central characters in this episode. Amy never saw her dwarfism as a disadvantage, but rather as a benefit, and as a result, she achieved a lot of success. She is well-known for her work as a producer and actress. "Teen Idol (2007)" and "Access Hollywood (1996)" are two of her major works.

Amy also collaborated with Chris Cardomone on Short and Simple Family Recipes, released in 2012. Amy Roloff's Little Kitchen is the name of her own company, and she also manages the Amy Roloff Charity Foundation. This non-profit organization helps disadvantaged children and low-income and homeless persons.

The success of their TV show has made them the latest celebrity victims of disturbing online threats and harassing phone calls from an unknown stalker. Loads of threats have been made to the family leading to the involvement of the police. Living in separate places would make things even harder for Amy and Matt. They had many phone calls threatening them, and they also have to deal with online harassment. They have never seen any unidentified cars near their gates at odd hours. Matt sounded worried about the stalker when he was asked for his comments, "They've been to the farm. They know it. Is it somebody on our farm? Someone in our network of people we know, or some random individual? We don't know who's up to it, and it's spooky."

Amy's charity foundation ARCF (Amy Roloff Charity Foundation) was started back in 2009. Amy said that their charity was her way of giving back to society, "To help non-profit organizations raise funds for children and youth who face social, emotional, mental and physical challenges." In the first four years of existence, the ARCF has raised over $1 Million in donations.

Amy has significant goals for her charity. She wants to surpass the one million record that was previously set. She also wants to be one of the leading non-profits that advocate and impact the lives of children.

FAQ: How old is Amy Roloff?