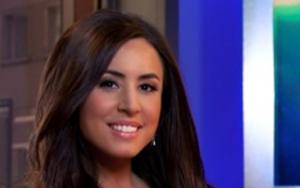 Andreana Kostantina Tantaros is an American conservative political analyst and pundit. She was an original co-host of The Five and a co-host of Fox News Channel's Outnumbered. She filed a sexual harassment lawsuit against Fox News in August 2016, and In May 2018, the case was dismissed in court.

Born on December 30, 1978, Tantaros is a native of Allentown, situated in the Lehigh Valley of Pennsylvania. She is of Greek descent and worked at her family restaurant 'Pied Piper Diner' during her teen years. She studied French and Journalism at Lehigh University and did her post-graduate studies in France at the Universite de Paris. Tantaros resides in New York City at present.

Tantaros became a political contributor for Fox News Channel in April 2010. She joined The Five as a co-host in 2011. After a few months on the air, The Five routinely outperformed its competitors on MSNBC and CNN, and by 2013, it was the second-most-watched cable news program.

Tantaros later co-hosted the show Outnumbered in 2014. "The United States of America is great," Tantaros remarked in reaction to a Senate Intelligence Committee report on CIA torture techniques in December 2014. We're fantastic, but we've got this debate over torture." "This government wants to have this discussion not to show us how wonderful we are; rather, this administration wants to show us how not awesome we are." "They apologized for this country, they don't like this country, and they want us to seem bad," he explains. And all this does is make our adversaries laugh at us because we're having this debate again." After filing formal allegations of sexual harassment against Fox News employees, she was fired from the show on April 25, 2016, citing "contract difficulties," according to Fox News. Tantaros filed a complaint in August 2016 alleging that she approached Fox News executives in 2015 about Roger Ailes sexually harassing her. She said that her charges led to her being demoted from The Five to Outnumbered, and eventually, she was fired from the show in April 2016. According to the lawsuit, Bill O'Reilly, Dean Cain, and Scott Brown were also accused of making inappropriate comments to her, as well as Brown and Cain touching her without her permission. Her updated complaint, filed on January 29, 2018, included details designed to bolster her claims of a harassing culture at the network, including team member spying. However, that complaint was also dismissed. On May 18, 2018, the Honorable George B. Daniels rejected her claim due to a lack of "factual support." Tantaros had elected to represent herself in the lawsuit after consulting three lawyers, despite having no professional legal expertise.

The Andrea Tantaros Show is quite popular and holds seventh place in the national ranking. Tantaros has taken part in senior communications in various significant campaigns, including the post of Communications Director to the former Governor of Massachusetts, Bill Weld. She has also played an essential role in the victory of former National Republican Chairman of Congressional Committee Thomas Reynolds during the 2006 election, which contained some notorious scandals.

Andrea Tantaros is a pragmatic personality with a remarkable experience. Her calm and reasonable exterior blends well with her sharp sense of humor and quick repartee. She is proficient in three languages, namely French, Greek, and Spanish. She is very vocal about her opinions on politics, pop culture and all these accounts for the popularity of her nationally syndicated talk show on radio. She does not appear in the morning slot of the Five on Fox News exhibition but continues to work on the show at other time slots.

FAQ: How old is Andrea Tantaros?

FAQ: What is Andrea Tantaros networth in 2020?

Quick Facts
Help us Edit this article and get a chance to win a $50 Amazon Gift card.
Last Modified: Oct 25 2021
You may also like
articles you may like