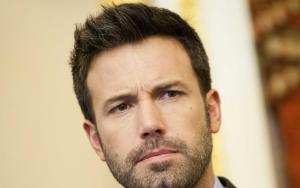 Benjamin Affleck Boldt is an American actor, director, producer and screenwriter. His notable works include Pearl Harbor, Good Will Hunting, Chasing Amy, Dazed and Confused and many others.

He has been married to his wife, Jennifer Garner, since 2005. The couple has a son and two daughters. Before his marriage, he was in a relationship with Gwyneth Paltrow for about three years. He was also engaged to Jennifer Lopez and has a relationship for two years.

He started dating Jennifer after co-starring in Pearl Harbor and the Daredevil. They got engaged in April 2005 and got married in the same year. There was only one guest at the wedding and it is the one who officiated the ceremony: Victor Garber.

His relationship with Gwyneth was a bit notable. They met at the premiere show of Good Will Hinting. They dated from 1997 to 1999. They broke up in 1999 and Gwyneth persuaded him to co-star with her in Bounce. After Bounce, the couple hit it off again and were dating till 2000. Affleck responded that his girlfriend was right about the breakup and he trusted her opinion. She said that her boyfriend has a complicated life and the relationship making it tougher.

After a year, in 2001, he started his affair with Lopez. They got engaged in 2002. Their wedding was fixed in 2003 but was postponed due to the press leak. Later in 2004, they announced that they broke up. Lopez and Ben are in a good relationship even after the breakup.

Ben and Jennifer are married for about 8 years now and they are showing off as a perfect couple taking children to classes and having fun around. There are rumors that the couple is showing off the perfect cover for getting the votes from the Academy members. It is also said that Jennifer played her part too to get his success.

His excessive gambling and trips to Vegas has created problems in his family. Jennifer has reported to have trouble with her husband. It is said that Ben is seldom with Jennifer and the kids. He would leave them for weeks alone to go off to gamble. The other reasons which might push this relationship to divorce would include his drinking habits. Though he is in and out of rehab, his drinking lifestyle has never changed much. Moreover, he is well tagged as a ‘ladies man’.

She once stated that the he is a very good father and really a ‘dad person’. Though he is very crazy about his son, he also like his daughters. However, all of a sudden, Ben doesn't want Jennifer or his kids to visit him on the set. In his Oscar speech, he thanked Jennifer for working with him for ten Christmas seasons. The way he described the relationship as work started the rumors about the separation. Jennifer took her revenge with publicly insulting Ben as comparing the future batman to the devil. She also talked about his obsession with the Red socks and would give up anything, even feeding the kids, if there is a game. His net worth is 4.1 million dollars

FAQ: How old is Ben Affleck?