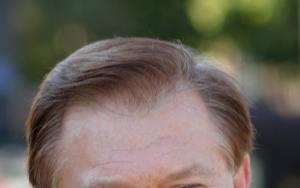 Bob Beckel was born on November 15, 1948 in New York City, New York. Bob is known as an American political analyst and pundit, and he was also a former political operative.

Bob’s childhood was spent in Lyme, Connecticut. He graduated from Wagner College in Staten Island, NY and was a graduate school professor at George Washington University, Washington D.C. where he taught presidential politics.

While in college, he was a member of the football team. Besides that, he also worked in the presidential campaign of Robert F. Kennedy.

After his college graduation in 1971, he served as a Peace Corps volunteer in the Philippines.

He got involved in politics while in his twenties during Robert Kennedy’s presidential campaign. After serving for the Peace Corps and tasting success from leading his own consulting firm, he joined the US State Department in 1977.

He joined Walter Mondale’s 1984 presidential campaign as the manager and successfully supervised their activities. He was the one responsible for wrapping the slogan ‘Where’s the Beef?’ around Gary Hart, Mondale’s opponent.

He was also responsible for managing Alan Blinken’s campaign for the Senate seat in 2002, but he could not prove his worth as he was dismissed due to charges of extortion by a prostitute.

Bob Beckel is well versed in political commentary and created a first of sorts by being the sole liberal political forecaster on the conservative Fox News channel. He was the co-anchor of the popular Fox show, ‘The Five’. He was one of the five individuals who would dissect the sensational news of the day. However, he was unpleasantly kicked out by Fox News in 2015. But fortunately for him and what some might a call a heavenly compensation, within a period of only four months after he was fired, he was offered a new job with CNN, which he agreed and signed on straight away. There was a lot of comments that CNN move’s attempt to sign Bob to their network was not shocking at all.

His release from Fox News was due to his long absence, which lasted for months and was due to a back surgery that he was recovering from. Fox News even announced that they could not put the show on hold just because one of the hosts had some personal issues. Some people said that was harsh, but Fox News didn’t care and the claimed that business is business.

When Bob was asked about what the network said about him, he simply replied by explaining how they signed a separation agreement, which prevented the network from saying anything bad or inappropriate about him after leaving. The media was confused because Fox had just slammed him so Bob sarcastically added that one of Fox editors must have missed the memo. He politely added that he was assured by Roger Ailes, the chairman of Fox News that he would never say anything bad about him. What is even more unfortunate is that sadly after his back recovery, he had to go through rehab from an addiction to pain medications that he developed from his back pain.

FAQ: How old is Bob Beckel?