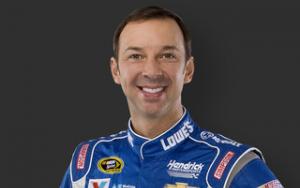 Chad Knaus is known as an American car racing crew chief. He is most famous for winning five consecutive championships with Hendrick Motorsports.

Chad Anthony Knaus was born on August 5, 1971 in Rockford, Illinois. Growing up, Chad always loved races. His father, John Knaus inspired Chad to watch the sport all the time since he also liked it very much. John participated in many different races, including Rockford Speedway.

When Chad Knaus was just a 14-year-old teenager, he was already helping his father in races. Chad liked most of all to be a crew chief and this his passion turned out as his life path and his occupation for the rest of his life. Some of the opponents of his father on the races were Dick Trickle, Alan Kulwicki, Mark Martin, and Rusty Wallace.

Chad Knaus worked with his father, John as a coordinated team. They almost won the NASCAR Winston Racing Series but did end up winning the Great Northern Series. In 1991, Chad wanted to set his own path and he moved to North Carolina to work in national stock car racing. In 1993, Chad Knaus became a general fabricator and tire changer of No. 24 Hendrick Motorsports team. His rich experience allowed him to grow as a professional, and in just four years, his duties included a lot more like managing the entire chassis.

In 1997, he left Hendrick Motorsports and found a job with Dale Earnhardt, Inc., where he served as crew chief. He worked there with professional race car driver Steve Par. Then in 1999, he joined Tyler Jet Motorsports, where he worked with the driver, Stacy Compton. Up to 2002, Chad Knaus worked in the team of Stacy Compton. They achieved big successes on Daytona 500 and scored in Top 10 of the race.

Later in 2002, he came back to Hendrick Motorsports as crew chief of the No. 48. This time he worked with driver, Jimmie Johnson. During that season, they won two races and five times were in Top 5. In 2003, Chad Knaus with Jimmie Johnson got the second position on Driver's Championship, won three races, one of which was Coca-Cola 600. In 2006, Chad’s and Jimmie’s efforts were finally rewarded. They won the NASCAR Sprint Cup Series championship with five won races. In 2007, their success grew drastically and they won their second NASCAR championship, this time they won ten races.

Apart from his job as a crew chief, he worked on the Speed Channel where he served as a commentator of the sports program NASCAR Performance. His popularity as a crew chief was so big, that EA Sports asked him to voice their video games, NASCAR 08 and NASCAR 09.

Chad's wife is a former Miss Sprint Cup, Brooke Werner. They got engaged in February 2015 and married in August 2015.

FAQ: How old is Chad Knaus?