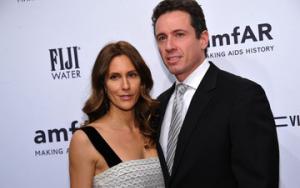 Christopher Charles Cuomo was born in 1970. Chris Cuomo is the co-anchor for the CNN morning show New Day. He is an anchor along with Michaela Pereira and Kate Bolduan. He was previously working with ABC serving as the chief law and justice correspondent, and the co-host of its flagship show 20/20. In the course of his career, he has done exclusive interviews including the interview with Aaron Fisher, the first sexual abuse victim of football coach Jerry Sandusky, and the interview with Dharun Ravi, the Tyler Clementi trial defendant.

Chris graduated from Yale University and received his Juris Doctor (law degree) from Fordham University. He is a licensed attorney and resides in Manhattan. He is married to Cristina and has three children, a son and two daughters. His father, Mario Cuomo was a former Governor of New York state and his brother Andrew Cuomo is the current Governor of New York.

Before starting his career in journalism, Chris Cuomo practiced law and worked in structured finance. He then joined Fox News Channel as analyst for political policies. He worked as correspondent for the show Fox Files at Fox News Channel which specialized in airing controversial social problems. He later joined ABC News and was in charge of the weekly digital shows Focus on Faith and The Real Deal at ABC News Now, which is the network’s 24 hour news website. He also worked for CNBC and MSNBC before joining CNN as correspondent.

While being the son and brother to New York governors, Chris has himself achieved professional success which seems to be running in the family. Chris’ brother and father rose to their position of governor as a result of their devotion to public service. In the Cuomo’s family, personal success in life is not as valued as success in the professional fields.

Chris and Andrew are clearly their parents’ children since the two, with their current track records, exemplify professional success. Growing up with his sibling Andrew, Chris expressed the fact that his brother played the father role and assisted in raising him. Andrew, who gets purpose from personal development, was the one who dropped off Chris at Yale University.

Chris has been married to Cristina Greeven for over 15 years now. Chris’ wife, Cristina works with Gotham Magazine as an editor. In their early relationship days, Chris and Cristina dated for a year and some months before they decided to commit to their marriage in accordance with their traditions (Roman Catholic traditions).

Quick Facts
Help us Edit this article and get a chance to win a $50 Amazon Gift card.
Last Modified : Feb 3 2019
You may also like
articles you may like