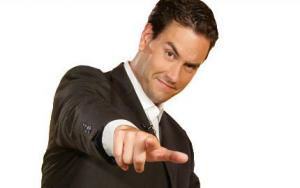 "Fox News Channel” co-host, Clayton Morris is making is place in the media industry.  This young American citizen host’s “Fox & Friends” for the FNC. Clayton Morris is also a member of guest-panel of Greg Gutfeld’s show.  This is a late-night show a titled “Red Eye w/Greg Gutfeld.”

Born on 31st December 1976, Clayton Morris went to “Wilson High School” in Pennsylvania for his school graduation.  After the completion of High School he went to University for further studies.  In the year 1999, Clayton graduated from the Pittsburgh University and obtained his bachelor’s degree.  Broadcast Journalism and the US History were his major subjects in the University.  After completing his graduation from the Pittsburgh University he joined “The Daily Buzz” as a host.  But his actual contribution in the television industry started with “Good Day LA.”  He worked as the producer for the show for KTTV.  In the year 2008, Clayton joined the Fox.  He joined as a co-host of the weekend show “Fox & Friends.”  He also hosts “Fox & Friends First”, which is broadcasted at 5:00 am according to Eastern Time.  Clayton has also contributed his services at Philadelphia, to FOX 29 by hosting “GOOD DAY PHILADELPHIA.”  Prior to this, Clayton was in Orlando working for WB Network’s show “THE DAILY BUZZ.”

Michael Spillane, a wrestler and a trainer is a good friend of Clayton.  Michael opines that Clayton is good and friendly person.  Clayton loves to collect the rare books authored by F. Scott Fitzgerald and the old novels of Star Trek.  Clayton is also a big fan of latest technologies, mainly the iPhone and smart phone technologies.  He has also given his reviews about the different technologies and the applications available in the market.  He is also the technology specialist on the Fox.

The television appearance of Clayton has made him one of the known figures from the FOX.  A number of viewers watching the Fox loves his work and Clayton managed create a long list of fans.  Clayton also has thousands of people following him on twitter, a social networking website on the internet.

Clayton Morris is married to Natali and the couple is parent to two children.  26th July 2010 was the day when Clayton got married to Natali.  Miles Benjamin, a baby boy is the couple’s first baby.  In the month of May 2012 Natali gave birth to their second child.  It was a baby girl, whom they named Ava Elizabeth.  The Morris couple keeps their family affairs private to themselves, but announced the arrival of Ava Elizabeth on 27th October 2011.  Ava completed their family.  Clayton Morris lives in Maplewood township of New Jersey with his wife and two kids.  He is in a happy relationship with her wife and enjoying his responsibilities as a good father and a loyal husband.  Clayton does not have any girlfriend and divorce is not meant for him.  Apart from his personal life, Clayton’s professional life is also running smoothly.  His work at Fox is appreciated by the people.

FAQ: How old is Clayton Morris?

FAQ: What is Clayton Morris networth in 2020?