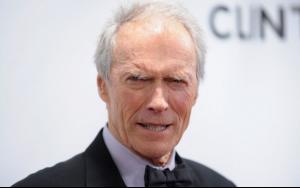 Clinton ‘Clint’ Eastwood is a well known American actor who is famous for his roles in Man with no name, the good, the bad and the ugly and unforgiven. He is also a film director, composer and producer.

The common term to use for tagging Clint would be, a serial womanizer. Clint has had affairs with a lot list of women including, Jill Banner, Catherine Deneuve, Megan Rose, Jamie Rose, Jo Ann Harris, Anita Lhoest and Jean Seberg. His first marriage was to Maggie Johnson when he was 23 (1953). They met each other on a blind date and got married within 6 months. The relationship ended in separation(1964). Clint was caught by his wife while cheating with a dancer, Roxanne Tunis. Roxanne Tunis bore him, his first child. Clint and Maggie had a reconciliation and had two children together. Again in 1978, Magge filed for a divorce and was separated from him only by 1984. The settlement of 25 million dollars was done.

Later, he became the boyfriend of Frances Fisher. They had a daughter together. They never got married and stayed as friends. Later, he met Dina Ruiz in 1993 and got married to her in 1996. Dina later got separated from him due to irreconcilable differences. At this time, Clint was having an open relationship with his girlfriend, Erica Fisher, who was 42 years younger to him.

It is said that Dina and Erica’s ex-husband, Scott had a 33 year old friendship. They dated when they were in high school. At the time, these rumors hit the road, the news about Dina and Clint separation too started to spread. Thus, it is considered that the Scott relationship might be the reason for the separation.

Dina reported that Clint is a very brilliant and good natured person. She declines all the negative comments on him. Clint has altogether 7 children from his all relationships and marital connections.

This list of women is the ones who are exposed in his autobiography and also due to the media. According to many sources, there might be a long list of secret relationships too. His relationship with his children and his ex-partners are not well expressed. He never fought for the custody of any of his children during the separation.

FAQ: How old is Clint Eastwood?

FAQ: What is Clint Eastwood networth in 2020?