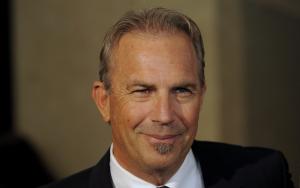 Kevin Michael Costner is a famous American actor, musician, singer, director and producer. He is a man of many talents but most well known for his contributions in, ‘The Untouchables’, ‘Bull Durham’ and ‘Field of Dreams’.

Kevin Costner has had a long and decorated acting career. He has been the leading man of such films like ‘Waterworld’ and ‘JFK’. He likes to star in the political thriller genre, when he was asked by Slash Film to describe his motivation to star as a super soldier named Jack Ryan, he said, “I don’t have the Clancy books in my head. I have the script in my head. You know, I could say it four different ways but I really have not invested yet in what would come after this. I have some things I would like to direct, I have more cowboy movies I’d like to make some day. I spent the last five years really writing a lot and acquiring material. I have three babies under five and so I’m going to start to work right now, I haven’t worked that much. I’m coming out with “Hatfields” and “Superman” and now I’m going to start working a little bit. I’m going to Paris after this and work and then hopefully I’ll be directing this summer something that I’ve written.”

In college, he started dating one of his fellow students, Cindy Silva. His first marriage took place after three years of being in a relationship with Cindy. Three years was all that it took to convince him that Cindy was the right woman for him. Even though he was young and in college, he could see that spending the rest of his life with Cindy would be a great decision for him.

He ended having three children with Cindy. He was happy to have her as the mother of his children because he trusted that she could help raise them the right way along his side. With a big family, Kevin thought he had everything that he could want. He didn’t realize that one day it would all fall apart .

After 16 years of marriage to Cindy, the two decided to get a divorce. They had too many problems by the end of their marriage. Their children was a strong incentive to stay together but in the end, they decided that their individual happiness was more important to them than staying together for the sake of their children. Parents are commended when they sacrifice their own interests and happiness for their children but Cindy and Kevin could not patch up their problems. They had gone to a point of no return and it was time to end things.

The separation from his first wife cost him 80 million dollars because he didn’t sign a prenuptial. His decision to become an actor did not work well with Cindy. As his career grew, the relationship became tough for her and they settled their million dollars worth of separation privately in court.

After the divorce, Kevin started seeing his new girlfriend, Bridget Rooney. He never married he but ended up having a son with her. It is speculated that Kevin was quick to have a child with Bridget because he had an urge to have another child after his divorce from Cindy. He missed being a parent and didn’t mind that he wasn’t married to Bridget.

FAQ: How old is Kevin Costner?

FAQ: What is Kevin Costner networth in 2020?