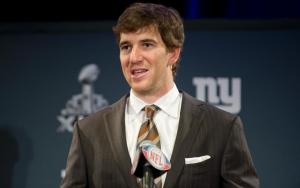 Cooper Manning was born on March 6th, 1974, in New Orleans, Louisiana. He is from a very talented football family. His father, Archie, played professional football as well as his younger brothers Peyton and Eli. Unlike the rest of his family, he did not play the quarterback position but as a wide receiver. He played on the same team as one of his brothers for Isidore Newman High School. His mother, Olivia Manning, was a former homecoming queen.

Cooper Manning had a promising career and was sought after by many universities but ended up signing with Mississippi University, where his father Archie played. Unfortunately, his college career did not last long. After summer training camp, he felt numbness in his fingers and his toes. Later, he was diagnosed with stenosis of the spine, which typically affects older adults. The disease stopped his football career because of the fear of being paralyzed from a missed tackle. As a tribute to his older brother, Peyton wore the number 18 jersey that Cooper wore.

Cooper had to have numerous medical operations on his back, and after the procedures had to learn how to walk and gain essential skills back, such as driving a car. In addition, he had to have hours of rehabilitation and therapy to do activities which most people take for granted. Yet, he managed to preserve, which shows his grit and determination to find a new purpose in life.

After the devastating setback in his life, Cooper wanted to pursue another career and became a partner in a firm specializing in energy, oil, and gas companies called Scotia Howard and Wiel.

Before he pursued this career in the investment world, he worked as a salesman selling seismic results to oil and gas companies. After three years, he decided to join Scotia Howard Wiel. It was a complete shock to the family. His family had ideologies and philosophies of not mentioning money. So, the transition took a while to adjust in his family.

Scotia Howard and Wiel organize an annual energy conference that attracts representatives from all over the world. The conference attracts not only investors but also top commercial leaders. He chose this career because even though he was offered opportunities in the broadcasting world, he felt that being away from all the action where his brothers were actively involved would be the best route.

FAQ: How old is Cooper Manning?

FAQ: What is Cooper Manning networth in 2020?