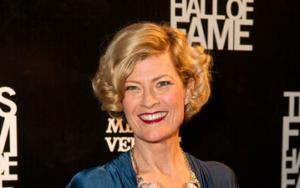 Dana Wheeler- Nicholson was born on October 9, 1960, in The New York City, New York, United States. She is a well-known actress as well as the singer of American origin. She is the granddaughter of Malcolm Wheeler- Nicholson who was a famous American comic book publisher and the founder of DC comics under National Allied Publications. She belongs to the white ethnicity. As far as information about her education is concerned she has attended Friends Seminary High School for her studies. She always had an inclination towards acting and therefore after completing her education she had chosen acting as her career.

This lovely lady made her debut in the field of acting in the year 1984 with the movie known as The Little Drummer Girl in which she played the role of Katrin. She received good reviews for her first movie. In the same year, she made her second appearance in the role of Jessie Bodyne in the movie Mrs. Soffel. Although she was getting the appreciation for her work but she rose to fame with her movie Tombstone in the year 1993 in which she portrayed the memorable role of Mattie Earp. Her other noteworthy movies in which she displayed her wonderful talent of acting are Denise Calls up, Fast Food Nation, Sam the Man, The Battle of Shaker Heights, Frank and Jesse, Angels Sing and Winter in the blood. Her most popular role was in the movie Fletch in which she performed the character of Gail Stanwyk, who was the wife of the bad character and also the lover of the main lead. Her latest appearance in movies was in the year of 2015 in the movie 6 Years in which she played the role of mother of Ben Rosenfield.

Apart from her big screen appearances in movies, she has also done wonderful work in television serials like Crime Story, NYPD Blue, Beverly Hills Buntz and All My Children. She had also made a guest appearance in many television series like Seinfeld, Law and Order: Criminal Intent, Boston Public, Law and Order, Boston Legal and Sex and the City. She has portrayed the role of Angela Collette in the famous NBC series Friday Night Lights. In the year of 2014, she performed the character of Scarlett O’Connor’s mother who was always rude to her in the ABC’s musical serial Nashville.

The famous actress has dated many celebrities and her love life has always been the center of attention of the media. In 1984, she was involved with Timothy Hutton but next year after breaking up with him she got involved in the relation with Eric Roberts. In the year 1995, it was rumored that she was in a relationship with David Duchovny. Her last love affair which gained popularity was in the year of 2002 with Nick Chinlund. She had got married and her husband is a quarterback in American football named Alex Smith.

During mid-2000s she got shifted to Austin, Texas from Los Angeles. She has been quite active since the year 1984. Her net worth is around $500 thousand dollar. Many of her photo and pictures are available on the internet for her fans.

FAQ: How old is Dana Wheeler-Nicholson?

FAQ: What is Dana Wheeler-Nicholson networth in 2020?