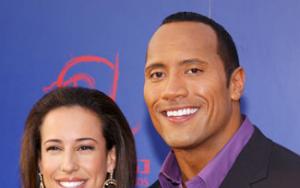 Dany Garcia, well-known businesswoman, philanthropist, bodybuilder, doting mother, and caring wife, was born on Nov 29, 1968, in Miami, Florida. Dany was born to very traditional parents who had emigrated from Cuba; her father worked in an auto body shop and her mother was a housewife. As Dany came from a poor family, her parents insisted that she learn how to cook as they felt it would help her later in life. Dany told her parents that she did not need to learn cooking as she was going to be a millionaire.

At that point, no one knew that Dany’s words would prove prophetic and that one day she would be managing her own multi-billion dollar enterprise; The Garcia Companies. However, Garcia still insists that the values of hard work, truthfulness, discipline and integrity taught to her by her parents remain with her and have played a major role in her overall success.

Dany, along with her brother and sister, was raised in New Jersey and that is where she went to school. Filled with a fierce ambition to make her own place in the world, and knowing the best way to achieve the ‘American Dream’ was to get quality education; Dany chose to attend University of Miami School of Business and received a Bachelor’s Degree while majoring in International Marketing and Finance. A brilliant student with sharp instincts, Dany got off to a flying start in her career in the complex but highly interesting and dynamic world of finance. She seemed to have truly found her calling, and eventually rose to the position of vice-president at Merrill Lynch. She subsequently left the company to pursue her own entrepreneurial ambitions.

While a VP at Merrill Lynch, Dany would become a trendsetter, breaking new ground in the finance world as a first generation Cuban woman. She gave up the job at Merrill Lynch to establish JDM Partners LLC, her own wealth management firm. She later established the multi-billion dollar talent and media management firm, The Garcia Companies, which manages top names in Hollywood like Henry Cavill and her ex- husband Dwayne ‘The Rock’ Johnson. Moving from finance to film was easy for Garcia; she says “It was just taking the skill set from one career and moving it into the next. People say I reinvent myself, but it’s really just taking what I learn and then asking, ‘What do I add on?’”

Currently one of the hardest working women in Hollywood, Dany wears many hats. Dany is kept very busy with close to fifty current major Hollywood and television projects. HBO Ballers, a Baywatch reboot and an action comedy called Central Intelligence are among the major television productions being overseen by her company.

Dany is also a top class bodybuilder and finished seventh out of forty eight participants in the first competition that she ever took part in. The next event she participated in saw her improving her ranking to the third position. Never one to settle for anything but the best, Dany competed in the North American bodybuilding championship and won first place. Dany somehow always manages to find time in her busy Hollywood schedule to follow her passion for bodybuilding.

FAQ: How old is Dany Garcia?