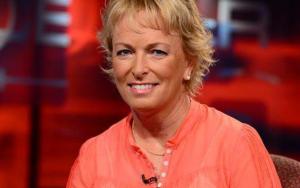 Dottie Pepper is known as an American professional golfer and golf broadcaster. She is most famous for winning two major championships and 17 LPGA Tour events.

Dottie Pepper was born on August 17, 1965, in Saratoga Springs, New York. Dottie’s father was a major league baseball player and was once featured on the cover of ‘Sports Illustrated’ magazine, along with Hall of Famer Johnny Bench, with the subtitle “A Rookie to Watch” in 1968.

Dottie attended college at Furman University where she won five inter-college golf events and was named All-American three times in a row.

Pepper competed as Dottie Morchie from 1988 to 1995 because of her first marriage to Doug Mochrie. She is now with David Normoyle whom she married in 2010. David Normoyle is known as a golf writer and historian.

Dottie Pepper's career started with a boom when she had a number of big amateur wins in her home state of New York. She was the winner of the State Amateur Championship and a member of the Junior World Cup Team in 1981. And then in 1981 and in 1983, she won the New York Junior Amateur Champions Titles. In 1984 she was what is known as a “low amateur” at the US Women’s Open.

In 1988, Dottie became a part of the LPGA Tour and won 17 official events. She won two major Championships while on the tour. Her first professional victory would come at the 1989 Oldsmobile LPGA Classic in a 5-hole playoff win over Beth Daniel. At this time in her career, she was known for having a hot temper. She did not always get along with the other players. She was often viewed as standoffish and as someone who was rude and not at all friendly. It was at this time that she received the nickname “Snottie Dottie” by her fellow competitors.

Dottie was a constant performer in the 1990s leading the tour in wins for the years 1992 and 1996, in money and scoring in 1992, and finishing no lower than 5th on the money list from 1991 through 1996. She won the Nabisco Dinah Shores in 1992 against the Hall of Famer, Juli Inkster, and again in 1999. Her record from the 1999 victory still remains the lowest score in relation to par in a major golf championship. She was on top of the money list in 1992 and was in the top 10 for ten out of eleven seasons from 1991 to 2001. Pepper also played six times in the Solheim Cup for the U.S.

FAQ: How old is Dattie Pepper?

FAQ: What is Dattie Pepper networth in 2020?