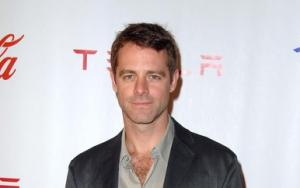 Who is David Sutcliffe?

David Sutcliffe is known as a Canadian actor. He is most famous for playing Christopher Hayden on the television series, Gilmore Girls.

David Sutcliffe was born on June 8th, 1969 in Saskatoon, Saskatchewan, Canada. Sutcliffe is a graduate of Victoria College at the University of Toronto where he studied English literature. He also tried his hand at varsity basketball, but his sports career came to an end when he succumbed to a knee injury. While he was in college, he was a waiter at a local restaurant.

He completed his graduation in the year 1990 and then headed towards the world of glitz and glamour. Before making his name in Hollywood, he did a Canadian film named "Two or Three Words," directed by Evan Georgiades.

David Sutcliffe got his big break when appeared in a film named “Cake” which also starred Sandra Oh, Sarah Chalke, Heather Graham and Taye Diggs. His next film “Testosterone” along with Antonio Sabato Jr. and Sonia Braga was popular. In the film, “Under the Tuscan Sun” he played the role of a writer who cannot help but fall in love with Frances. After starring in these movies, David started off with a very successful television career.

He had guest roles on popular television series like "Friends", "Will & Grace", "Accidentally on Purpose", "Cold Feet" and "CSI: Crime Scene Investigation." His recurring role in the show "Private Practice" made him a popular face and earned him recognition. He did 13 episodes from 2007 to 2008. In this show, he played the role of the police officer who was head over heels in love with the lead character Dr. Addison Montgomery. He worked on the television show “Cracked” while playing the character of detective Aidan Black.

He filmed the movie” Misconceptions” in the year 2008, in St. Petersburg along with Orlando Jones. Ron Satlof, a popular television director had co-written the script of this movie. In 2009, David was seen in the movie “Before You Say I Do” where he played the role of George Murray. Directed by Paul Fox and written by Elena Krupp, it is an American TV movie that premiered on the Hallmark Channel, on Valentine’s Day.

David spoke on what his life would be like if he were not acting, "If I wasn’t an actor? Well, you know, I have another career. I’m a chondrogenic practitioner. It’s like body psychotherapy. I trained in that for four years, actually. I kind of took a bit of a hiatus from my career [in acting]. I mean, I worked a little bit, but I kind of put it on the back burner for a while. So basically, I facilitate workshops and groups – it’s a very intensive form of group therapy – and I love it. It’s interesting, it’s fun, it’s creative, it’s alive, it’s beautiful. So, I mean, I’d probably just be doing more of that. It’s a lot of fun to lead groups of people. To facilitate them in some way. Try to create things together. Or be a producer or director, which I still have plans to do."

David Sutcliffe has an estimated net worth of over $3 million dollars.

David Sutcliffe got married to Julie McCullough in the year 2001. Two years later, they ended their marriage and called for a divorce in 2003.

FAQ: How old is David Sutcliffe?

FAQ: What is David Sutcliffe networth in 2020?