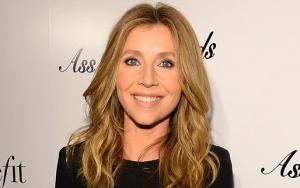 Sarah Chalke is a Canadian –Americal actress, born in the year 1973 in Ottawa, Canada to Angie Chalke and Doug Chalke. She graduated from Handsworth Secondary School in the year 1994. Although Sarah gained popularity for her role on ABC’s hit TV show Roseanne as a role of the oldest daughter Becky in the year 1993, she made her first debut for a TV-movie in City Boy in the year 1992.

Sarah got lucky in getting a role that sets her career because prior to Sarah the ole Becky was offered to Alicia Goranson, but she quit the to attend college. Sarah continued playing the role for two seasons until Goranson returned, but Sarah didn’t walk away from the show and both the actresses were seen playing the character on a turnaround throughout the entire season. But again, Goranson left the show when the season arrived at nine and Sarah was offered to play the role for the full-time.

In the year 2006, she was cast in a television film ‘Why I Wore Lipstick to My Mastectomy’ which got aired on Lifetime Television. The story was based on the journal of the same name and depicted a story of Geralyn Lucas fighting with breast cancer.

After the end of the Roseanne, Chalke got another role in a Canadian new show ‘Nothing Too Good for a Cowboy’. Unfortunately the show only survived for the nine episodes, but Sarah only had to wait a couple of years until she found another hit series. She got on a role of Elliot Reid, the female lead opposite to Zach Braff on a trendy hit NBC’s medical comedy ‘Scrubs’. The show was a super hit and earned lifetime popularity to Chalke until in the year 2010.

Sarah didn’t limit herself for acting in the Tv series and meanwhile she acted on television, she acted in a numerous made-for-tv-movies and small individual movies for a good number of years. In 2007, she was lucky enough to grab a role in high-profile Hollywood movies where she was seen as a supporting actress alongside Diana Keaton and Jon Header in a comedy show ‘Mama’s Boy’. She never stopped earning fame on the small screen and was offered shows like ‘Mad Love and Cougar Town’ where she shared the screen.

She also made appearances in several feature films like ‘Ernest Goes to School and Cake’. She also was seen appearing in three episodes on the most popular TV show ‘How I met your Mother’ and ‘Bu with the Lovely Island’.

Chalke’s personal life was never an affair of the hidden secrets. She never got married and divorces. It has been said that she was dating Devon Sawa at somewhere in the year 1995 and further it was heard that she is dating Will Forte at around the year 2000. She even was dating Zach Braff and many confirm that it was a publicized affair. Lastly, she is dating Jamie Afifi, a lawyer, since the year 2003 and gave birth to a son in the 2009. The couple is still together is doing well. She has been featured on many live and TV interview shows.

FAQ: How old is Sarah Chalke?