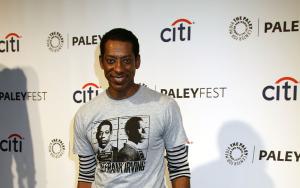 As a teenager, Orlando Jones finished from the Mauldin High School after relocating to Mauldin in South Carolina. To raise some funds for his junior and senior prom, he acted some movies including acting as a werewolf in a house that was haunted. He subsequently attended South Carolina’s College of Charleston. He however dropped out in the year 1990 to start a career in entertainment.

Orlando Jones co-started a production company with Michael Fechter who was a comedian. The company which was known as Homeboy’s Production and Advertising carried out a lot of projects including a commercial for McDonald which featured the professional and famous basketball player – Michael Jordan.

After hosting in Sound FX series by Fox Music in the year 1994, he became one of MADtv’s main 9 cast members. His producing for television and writing comedy experience were very valuable for him during this period of his career.

During the first 2 seasons of MADtv, he created characters such as Reverend LaMont Nixon Fatback and Dexter St Croix. He also created impressions of Ice Cube, Eddie Griffin, Michael Jai White, Danny DeVito, Warwick Davis, Temuera Morrison, and Thomas Mikal Ford. He however left MADtv after these 2 seasons to start acting roles in movie. In the year 2000, he came back to MADtv as a guest for the celebration of the 200th episode.

He also worked on other tv projects. His most enduring and popular appearances were however in funny adverts for Soda company. He became 7 Up’s spokeperson in the year 2000. The fame and reputation he got as a spokeperson for 7 Up created a number of opportunities for him. In the year 2000, he hosted HBO First Look and then in the year 2003, he started to give his own late night talk show. While his talk show did not last for long, he continued to appear on tv shows. Some of these appearances include on Girlfriends and Bernie Mac Show.

He has acted in a number of movies including Enemies closer, Meridian, Seconds apart, Runaway Jury, Biker Boyz, The Time Machine, Drumline, Double Take, Evolution, Bedazzles, The Replacements and Magnolia amongst many others. He also featured in several other tv shows.

Orlando Jones’ wedding with his wife, Jacqueline Staph, who was formerly a model, took place in the year 2008. They had their first child (a female) in the year 2011, in the month of October. He also caused a controversy, when he made a twitter joke, predicting Sara Palin’s (a vice presidential candidate) and former Alaska Governor’s death. He however gave an apology many days after. He is estimated to have a net worth of $3 million. His height is 5 feet and 11 inches.

FAQ: How old is Orlando Jones?