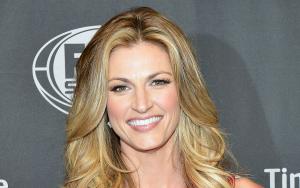 Erin Andrews is 43 years and 0 month(s) old. She was born in 4 May, 1978. Erin Andrews is an American TV personality, a sports journalist and an anchor who is currently associated with FOX Sports, as well as ABC. She is known for hosting mostly sports related events like College Game Day, Super Bowl, College Football etc. whereas she has been in the show Dancing with the Stars for ABC. After graduating from college. She started to work as a freelancing reporter for Fox Sports Florida in 2000, but soon changed and went to Sunshine Network. Between 2002 and 2004, she did cover a lot many events as a reporter, mostly in the Atlanta region. An attractive and hot blonde, she was noticed by many people and quickly gained popularity in the market.

Click here to read the full biography about Erin Andrews