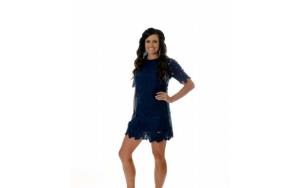 Who is Gerina Piller?

Gerina Piller is known as an American professional golfer. She is most famous for playing on the LPGA Tour.

Gerina Michelle Mendoza Piller was born on March 29, 1985, in Roswell, NM. She was raised in the state of New Mexico with four siblings. In her childhood, she considered playing basketball as a career because she was very enthusiastic and talented in the sport of basketball. However, due to her mother’s influence, she took up golf lessons instead. When she went to Goddard High School as a freshman, she joined the golf team. She managed to make a big impression as a golf player that year, she claimed four State Championship titles in a row and an individual State title in her season as a senior.

She said she was grateful for the support that her parents provided since they were responsible for her exploring and enhancing her skills, and ultimately for her future carrier as a golfer. Gerina was a very successful golfer at the University of Texas. She won the 2007 Conference USA Individual champion, Player of the Year, and the UTEP Female Athlete of the Year.

Gerina Piller has become a pro golfer and a featured player on the LPGA Tour. She has managed to make herself very well known for her extraordinary playing and her commitment to excellence. She said that there is no more suitable game and profession for her, as she can’t imagine herself doing something else with her life.

She showed up on the Golf Channel in 2009. She was on a reality television show which was called The Big Break. It was a show that was known for its look at the competitiveness of golfers.

FAQ: How old is Gerina Pillar?

FAQ: What is Gerina Pillar networth in 2020?