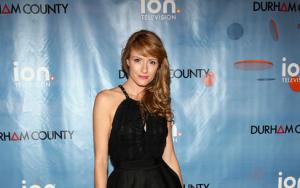 Helene Joy is known as an Australian-Canadian actress. She is most famous for her role in Murdoch Mysteries.

Helene Joy was born on October 21, 1978, in Perth, Australia. Helene started acting when she was in high school, she attended Kewdale Senior High School in Australia. After completing her schooling, she went on a tour of Europe along with a youth theater company. Helene then studied theater as her major subject when she attended Curtin University. She obtained her acting diploma from the prestigious Western Australian Academy of Performing Arts in Perth. She won the “Leslie Anderson Award for Best Performer at Western Australian Academy of Performing Arts.

Helene Joy has not revealed any public information about her personal relationships or dating history.

In 2001, she played a very important character in the famous TV series “The Outer Limits”. In 2002, she appeared in “The Chris Isaak Show” and the “Twilight Zone”. She appeared in the CBC TV series “An American in Canada" where she played Judy Surgick, who was the lead character of the show. In 2003, that show was a nominee for the “Gemini Award for Best Ensemble Performance Comedy Series/Program”. Although the show didn't win the award, the nomination put her among the very best of the TV industry.

FAQ: How old is Helene Joy?