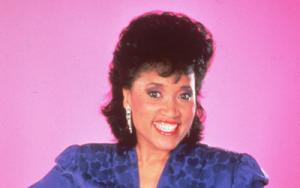 Jackee Harry also known as Jacqueline Yvonne is well known for being an American television personality and actress. She can easily be recognized because of her high pitch voice. Jackee is famous for her roles in popular black sitcoms. She played a loud neighbor named Sandra Clark in the classic TV show called, 227. She also played the mother in the show Sister, Sister which was about a pair of black twin sisters. She was the first African American to win an Emmy Award for Outstanding Supporting Actress in a Comedy Series for 227 in 1987.

Her theatre acting career started in Broadway musicals in the city of New York. One of her most notable performances was when she played the role of Billie Holiday in Lady Day at Emerson’s Bar and Grill. She also had roles in the Boys from Syracuse and in The Comedy of Errors. She was gaining a lot of experience on stage that would help her out when she moved on the television screen.

Like some actresses, one of Jackee’s first projects was starring in a soap opera. She played Lily Mason in Another World. She continued her career on this show for 3 years and was popular enough to be invited as a surprise guest for the Another World Reunion which was broadcasted by the SOAPnet channel.

Jackee also expanded her talents to the big screen. She starred alongside Oprah Winfrey in a film called Women of Brewster Place. The movie was from a Gloria Naylor novel. She played the assistant coach in a family soccer film called Ladybugs. Late in her career, she went back to television and had recurring roles in Everybody Hates Chris and the BET series Let’s Stay together. She had a recurring role as Vanessa on the CW series Everybody Hates Chris which was based on the life of superstar comedian, Chris Rock.

Jackee has had a very long career that is still active to this day. On April 12, 2013, it was announced that she would appear in episodes for the new Disney sitcom, Girl Meets World. Later that year, she had a role in the film called Forbidden Woman. She made a guest appearance on Instant Mom as Lisa Landry. She appeared in a 2 Broke Girls episode titled "and the Sax Problem" in 2016, as Earl's ex and the owner of a lounge.

Jackee had a notable role starring in Byron Allen's syndicated sitcom The First Family which also featured Marla Gibbs in a recurring role. The First Family is a White House comedy centering on William Johnson, a Democrat who is elected to become the second black president of the United States. It was supposed to be based on Obama and his story about becoming the first black president. Unfortunately, the show was cancelled after just three seasons. The critics were not kind to it and they gave it really bad reviews. The fans of the show liked it because it gave black actors a larger platform than they were used to. The show aired on the CW network which had a good reputation for putting shows that had black actors as the majority of the cast.

FAQ: How old is Jackee Harry?