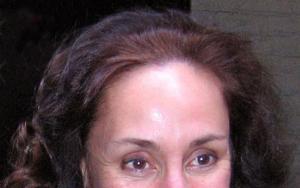 Laurie Metcalf was born on 16th June 16, 1955 in Carbondale Illinois and is the eldest of three children. She and her younger brother and sister were raised in Edwardsville, Illinois, where her father worked at Southern Illinois University, and her mother was a librarian. Artistic talent runs in her family. Laurie's great aunt, Zoe Atkins, was a Pulitzer Prize winning playwright.

Laurie is a 1976 graduate of Illinois State University. Although she originally majored in German and Anthropology, Metcalf decided that acting was her true love and began majoring in Theatre. While she was at Illinois State. Metcalf met Jeff Perry, Terry Kinney and Gary Sinise who were the founders of the Theatre group known as Steppenwolf Theatre Company. Laurie began her acting career at Steppenwolf and is considered to be a charter member of the group.

In 1984, Metcalf went to New York and performed in a Steppenwolf production of Balm in Gilead at Circle Repertory for which she received an Obie award for Best Actress. In this performance, Laurie had a twenty minute monologue as the character Darlene, for which she received much praise and earned the Theatre World Award for best debut in a Broadway performance. The Chicago critic, Richard Christiansen, had this to say about Metcalf's performance in Balm in Giliad:  "'There's a moment when Laurie Metcalf—who plays this poor young thing that comes to the big city and hangs out at this greasy spoon diner where the play is set—is talking about her once boyfriend who is an albino; I think it's a monologue of about five, six, seven minutes. Just to sit there and watch and hear Laurie unspool that story, it just brought tears coming down your eyes—oh, boy, it was something."

Laurie is a famous American performer, possibly most extensively recognized for her television roles as Carolyn Bigsby on the famous serial, ‘Desperate Housewives’ and her work with Jackie Harris in the sitcom ‘The Big Bang Theory’. She brings a vivacity to each role she plays, and this talent has brought her millions of fans. Metcalf enacts the voice of Mrs. Davis in the famed movie Toy Story.  She also portrayed Debbie Salt in Scream 2 and Debbie Loomis, as well as parts in the much admired films Making Mr. Right, JFK, and Mistress.

Metcalf regularly works in Chicago Theater, where she is well known for her presentation of the 1983 revival of Lanford Wilson's composition Balm in Gilead. She has received four Tony Award nominations for her stage performances, including a win for Best Actress in a Play in 2017 for her performance in A Doll's House, Part 2. Laurie was the star in a London production of Eugene O'Neil's Long Day's Journey into Night, in which she portrayed the role of Mary Tyrone. This production was performed at the Apollo Theatre in 2012. Metcalf has received critical acclaim, as well as a Theatre World Award and two Obie Awards, for her off-Broadway stage work. Metcalf has been seen in advertisements, mostly promoting organizations which assist children all around the world. Laurie is involved in many other philanthropic activities and believes that every person should donate to charity.

In 1983, Metcalf married Jeff Perry, who was the co-founding fellow of Steppenwolf Theatre Corporation! In 1984, they had a baby girl named Zoe, and divorced in 1992. Metcalf began an affair with Matt Roth, her Roseanne co-star who played her rude boyfriend, Fisher. By November 1993, she and Roth had a son named Will, and the couple were married. They also acted together on a few occasions, including the thriller movie Blink, and in TV's Desperate Housewives. Their daughter Mae Akins was born in 2005 via a surrogate. They adopted a son named Donovan. Roth filed for divorce six and a half years after being married, citing incompatible dissimilarities.

FAQ: How old is Laurie Metcalf?

FAQ: What is Laurie Metcalf networth in 2020?