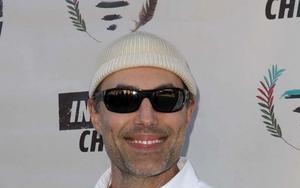 James was a student of Beverly Hills High School in Los Angeles. He got admission at the USC School Of Cinema-Television along with his graduation. He was honored with George Lucas Award by University of Southern California for a film of student, directed by him and starring by Angelina.

He started his acting in 1998. He got minor roles in some movies in which Angelina played the lead character. He played a young man role in the film Gia (1998). Then he played Boyle’s bartender in Hell’s Kitchen (1998). Later on he played Jamie Park in Scrapbook (1999). He played Faust in Original Sin in 2001. He played the role of a Hospital Guard in Monster’s Ball (2001). Haven played Youngblood in Ocean Park (2002). He also acted in some TV Series such as Lazarus Kane in CSI: Crime Scene Investigation (2004).

He got separated from his father and legally omitted “Voight” as his last name. After his mother’s death due to cancer on 27th January 2007, he reunited with his father after six years of estrangement in 2009

He was trending in media the most when her own sister Angelina Jolie claimed that she is in Love with her Brother. In the year of 2000 James Haven had an infamous passionate kiss with her sister Angelina Jolie on Red Carpet of Oscars which created a stir in the industry and their fans. Later James described that as an amazing moment which is misunderstood by many.

In 2006, James started dating Rebecca St. James, who is a musician but ended up with a break up in 2008. It was a 2 years long relationship between them.

Then he found his new love who is Ashley Reign who has become his first serious girlfriend and he made her introduced with his family. It seems that there is an ample of chances for James to get married next and Reign could be promoted from James’ girlfriend to his wife soon.

A source said, Brad Pitt, James’ brother-in-law is now feeling secure about the relation between James and Angelina as James turned his interest towards Ashley.

As per sources James Haven’s estimated net worth is approximately $5 million.

FAQ: How old is James Haven?