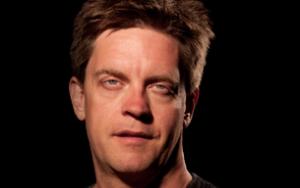 Jim Breuer is a jack of all trades; he is a film producer, actor, radio personality, stand-up comedian, screenwriter and voice actor. But, he is rather popular for comedy. He was born on June 21, 1967 in Valley Stream, New York. It is the place, where he grew up too. He is renowned for his role on Saturday Night Live, where he appeared as a cast member in 1988. Not only this, he is known for cult “stoner comedy” named Half Baked with Dave Chappelle.

As he is a TV personality, he received role on Uptown comedy Club, which was television show. He, later, gained the pace of his career and fame as the cast member in Stauday Night Live, the show was installed from 1995 to 1998. He subsequently made the guest appearance in Home Improvement.

He worked as a host for his show named “The Jim Breuer show” on MTV, the show was broadcasted at 5:30, and he worked for there from 1998 to 2000. Jim appeared as a different and unique way into the show, where he appeared along with Judah Friedlander, Tracy Morgan and Jeff Ross as a stand-up comedian, his presenting style was liked and admired by high number of viewers. Not only this, the show called “premium Blends”, where the show was hosted by him and later the show third season of VH1 named Web Junk 20, where he also became the host, which was established on November 17, 2006.

Besides, his TV career, he is equally successful and famous for Radio too. He made his presence for the show Opie and Anthony show, where he appeared as a frequent guest celebrity for long time. He successfully became the host for Fridays with Jim Breuer. He personally visited several comedy clubs and 20 colleges all over the country. From which, he received the idea of making a documentary called More Than Me, not just this his tour led a birth of his 4 hour DVD named The Jim Breuer Road Journal, where he recorded, filmed and mentioned his experiences of the tour. His both work were launched in 2010.

He used to be a bright student in his school time, where he created and wrote different interesting stories and articles. Perhaps, this is the reason that he published his book named I’m Not High, where he wrote about his life story and experiences and event, where each and every moment were written nicely. The book was formally taken out inside the market on October 5, 2010. A podcast named “The Podcast Master” along with some fellow comedian Pete Correale, he established in January 2011.

He had an affair with his girlfriend named Dee Breuer. The couple accepted a relationship of being husband and wife on 28 August 1993. They have three children. One of them is daughter Gabrielle, she was born in 1999.

He seems very handsome because he has a perfect height measurement and it is about 1.78m tall. His distinctive feature is bloodshot stoner eyes. He has a cousin, who is also an actress Nancy Allen. He has earned high degree of wealth in his life; his net worth is $ 3 million. His fan can follow him at twitter and Facebook and his life story and current updates are only available at bijog.com and wiki.

FAQ: How old is Jim Breuer?