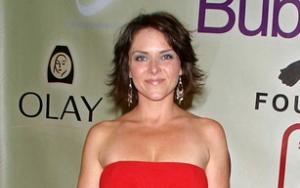 Speaking about her biography Leanza Cornett was born in the year 1971 on the 10th of June in Big Stone Gap, Virginia; which makes her a Gemini. Her full name is Eva Leanza Cornett, and she was raised in Jacksonville Florida. Leanza is a very famous American T.V personality and has won 2 beauty pageants. She was crowned Miss Florida in the year 1992 and in the following year 1993 she went on to bag the crown of Miss America. She has made a name for herself as an actress and singer.

Her marriage with Mark Anthony Steines

Leanza married Mark Anthony Steines, their love and marriage lasted for 17 long years after which they divorced each other. Leanza got the custody of her children as per sources.

Leanza went on to marry American broadcast journalist named Mark Anthony Steines. He was the host of Entertainment tonight which was a light-hearted gossip and entertainment program from 2004 to the year 2012. Leanza and Mark Anthony together have two sons, Kai Harper and Avery James who were born in 2002 and 2003 respectively. They lived together as husband and wife in Los Angeles, because Mark’s show, which was shot in Studio City was situated there. However, Leanza and Mark called it quits in 2013 and announced their separation which led to the heartbreaks of their fans.

While not much is known about Leanza Cornett’s net worth, speculations vary from one source to not another. There are rumors that her net worth is definitely increasing and is really high in the year 2016. There are no exact numbers at present which can match with her net worth accurately.

Leanza Cornett is a very popular American TV personality, who, as mentioned before has won two beauty pageants with her sheer hard work and talent. She was called the "National Sweetheart" in the year 1991 and was the first ever Miss America pageant winner to adopt prevention of AIDS as the theme of service all year long. Leanza has served as a T.V show hostess for a number of American shows like Entertainment Tonight (1994 to 1995), New Attitudes (1998), Who wants to marry a millionaire (2000).

Later Leanza acted as guest actress in some TV shows such as The Tick, Fear Factor, Melrose Place. She also hosts a TV show on DIY Network, namely On the Block. Plus she worked as a reporter for Animal Planet as well and has covered the Eukanuba AKC National Dog Show programs.

Apart from being a much loved Television personality, Leanza has also made her presence felt on the stage as well, with Voyage of the little Mermaid, Barefoot to the park, Godspell, Bye Bye Birdie, The best Little Whorehouse in Texas etc to her credit.

Being the multifaceted personality, Leanza also took to singing and was a part of the album “One Big World”, released by the Contemporary Christian music club area code. Leanza’s name is in the Hall of Fame of her school: Terry Parker High School, from where she graduated in the year 1989.

FAQ: How old is Leanza Cornett?

FAQ: What is Leanza Cornett networth in 2020?