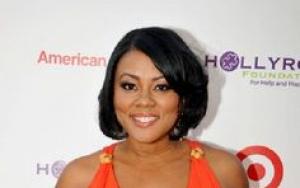 Lela Rochon is an American actress. Lela Rochon has given lots of breakthrough performances in her career and has earned lots of appreciation. Her full name is Lela Rochon Staples. She has done lots of tv shows and movies.

Lela Rochon is very much well known for her acting skills. She is born in the year 1964 in the month of April and on the date of the 17th. Rochon was born in Los Angeles, which is in California. Her mother is Zelma who practiced nursing and her father was Samuel Staples. Her father was a graphic artist as well as a sound businessman; her parents were from Haitian descent so she is a Haitian. She completed her graduation from the Cerritos High School, which is in California.

She earned a Bachelor of Arts Degree in Broadcast Journalism with a minor in Sociology and Theatre from the State University of California. The college is in Dominguez Hills. During her college days, she used to be television commercials. It was from 1986 to 1988. Her net worth is three million dollars. Her yearly income is three lakhs sixty-three thousand six hundred and thirty-six dollars.

Rochon was attending college when she appeared in thirty national spots for the well known Bud Light Television Commercials. She appeared with the Spud Mackenzie and was a hit for the commercials. Her first ever movie was breakin’ where she was an Extra and her role went unaccredited. It was back in the year of 1984. In the same year, she got cast in the movie breakin’: Electric Boogaloo.

Her breakthrough performance was back in 1995 for the movie waiting to Exhale. She played the role of Robin Stokes. She earned herself the nomination for the MTV Movie Award for best breakthrough performance. She also got nominated for the NAACP Image Award for the outstanding supporting actress in a motion picture. Her next television short film was Mr. and Mrs. Loving in the year 1996.

She earned another nomination for this film as the CableACE Award for Outstanding Actress in a Movie or Ministries. In the same year, she played the role in the movie The Chamber. She has also reprised various roles in television shows. Her recent tv show is Reed between the Lines in the year 2011.

A Sneak Peek in her personal life

Rochon was married to Adolfo Quinones from the year 1984 to 1987. He was a dancer in the profession. She got a divorce and got engaged to the director Antoine Fuqua in the year 1998 and later got hitched in 1999. Now, she has a girl name Asia Rochon Fuqua and a son name Brando Fuqua. Antoine has a son Zachary from his previous engagement. She presently lives in Los Angeles with her husband and children.