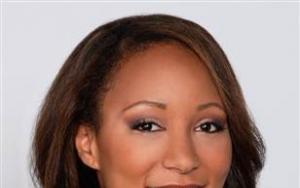 Mara Schiavocampo is a dynamic multi-platform journalist who started her career as an intern at CBS.

Mara initially wanted to take up a career in science but realized that writing was her passion and proceeded to put all her effort and thoughts into the field. Later on, she picked journalism as her career whenever someone would ask her what she wanted to do with the rest of her life

She got her Master’s Degree in Broadcast Journalism from the University of Maryland. She has a diverse cultural background and holds both Italian and American citizenships. She is fluent in many languages including Spanish, French, Arabic, and Italian.

Mara is proud to work for the digital news section for Nightly News at NBC. She has brought in a fresh perspective to NBC as it steps into the 21st century. She excels not only in reporting, but also various other skills to her credit like producing, shooting and editing videos, shooting still photos, and blogging.

Prior to her position at NBC News, Mara worked with various news agencies like ABC News, Current TV and websites and news outlets like Yahoo!, Ebony Magazine, and Uptown Magazine. She has been a regular contributor with NBC News working with The Today Show, Weekend Today, Nightly News, and Weekend Nightly News. She also did a short stint as a Special Correspondent for The Oprah Winfrey Show.

Nearly all the major breaking news stories of the past few years like the Gulf Oil Spill, 2008 Presidential Election, and the Haiti Earthquake were covered extensively by her. She received the Emmy Award for her work in the 2008 Presidential election. Her other awards include the National Association of Black Journalists’ Emerging Journalist of the Year Award, 7 Telly Awards, and the Outstanding Hard News Award from the New York State Broadcasters Association. She was also featured on the Top list of Women in Marie Claire Magazine. She was also named as one of the Next generation of television news stars by Television Week.

Mara Schiavocampo has been called by the Marie Claire magazine as the next Diane Sawyer for her extensive coverage of major news stories. Her event hosting and public speaking skills are well known and she is a featured speaker at Neiman Foundation of Harvard University. She has also hosted the Al Sharpton’s Triumph Awards in the years 2010 and 2011.

FAQ: How old is Mara Schiavocampo?

FAQ: What is Mara Schiavocampo networth in 2020?