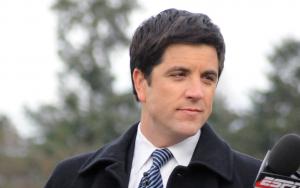 Josh Elliott is an American television journalist who served as the news anchor on ABC’s Good Morning America. Previously, Josh was employed as a journalist on Sports Centre at ESPN, as well as contributing to ESPNEWS programming. Josh has been dubbed as the ‘Golden Boy’ of the ABC network’s show Good Morning America and is credited for helping the show’s ratings to flourish.

Born on July 6, 1971, Elliot was a student at the well known Loyola High School of Los Angeles. After graduating high school, Josh attended the University of California at Santa Barbara, where he earned his degree in English Literature. Josh fortified his written communication skills while attending university by writing for the school’s newspaper. This not only granted him the pragmatic experience needed for him to assume a noteworthy place in the world of media but also served as a catalyst for his continued journalism studies. After earning his undergraduate degree, Elliott attended the notable Columbia University’s Graduate School of Journalism where he successfully obtained his Master’s Degree. The academic experience at a world renowned, Ivy League institution proved to be a good strategic move on his part as it paved the way for a number of other enviable opportunities throughout his life.

Before hosting a syndicated show, Elliot served as a producer for Galaxy Productions, and ultimately, produced for 20th Century Fox as well. Elliot initially focused on comedy development but later shifted that focus towards physical production. After receiving his degree from Columbia, Josh went to work as a writer for Sports Illustrated, where he stayed for six years, often delivering thought provoking commentary on various sports. The experience at Sports Illustrated served as a foundation for a thriving career in journalism that garnered Elliot national fame and recognition. Elliot earned his first taste of television success when he became a panelist on ESPN’s shows  Jim Rome is Burning and Around the Horn. Elliot also served as a co-host on the ESPN2 show Cold Pizza. Elliot also contributed written work to ESPN Magazine and to the website ESPN.com.Hannah Storm was his co-anchor on the ESPN Sports Center.

In 2011, Josh Elliott joined Good Morning America, which was based on the show The Morning Exchange, a local program on ABC. He joined the Good Morning America show after its anchor, Juju Chang, quit.  He co-anchored the Good Afternoon America show with Lara Spencer from July to September in 2012. Other anchors of the show who appeared along with Elliott include George Stephanopoulos, Robin Roberts, and Lara Spencer. The Good Morning America show featured news, weather, feature stories, and interviews that were all done in a lighter vein and was a huge hit with its audience and remains popular. The work Josh Elliot did on Good Moring America is considered to be one of his most notable accomplishments, and made him a recognizable figure.

Elliot’s personal life is ridden with scandal, questions and controversy.  Most of his issues appear to have emerged from interpersonal conflict with his work colleagues but affected his personal life as well. Many of his conflicts seem to have emerged from childhood. Elliot struggled with feelings of abandonment due to being put up for adoption as a child. Susan, Josh’s biological mother, placed him up for adoption at birth. Susan was said to be blindfolded when Josh was born because she felt that if she were to see him she would be unable to follow through with giving him up for adoption. Josh is said to have had a troubled childhood. Josh’s adoptive parents divorced when he was twelve years old. This initial split in the family dynamic most likely impacted him quite severely, and living in a disjointed household may have given rise to the interpersonal conflicts that he experiences today. Living in a broken household and coming from a questionable past evoked a high degree of internal turmoil, and left him pondering a number of different questions about his family and his childhood. This inner turmoil, however, did not deprive him of his success in any capacity.

FAQ: How old is Josh Elliott?