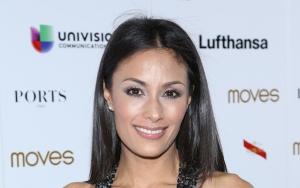 Liz Cho was born on December 19, 1970 in Concord, Massachusetts. Her father was Dr. Sang I. Cho, an accomplished Korean-American liver and kidney transplant surgeon, who also was the chief surgeon of the team that performed the first ever liver transplant in Boston. Her mother was a Jewish-American nurse, Donna Cho. Liz also has one brother named Andrew. Despite both parents involved in the medical field, Cho chose a different career path.

Cho studied at the Boston University where she majored in both history and journalism. After obtaining her degree from Boston University, Cho began her new career, getting a job as an assignment editor at New England Cable News in Newton, Massachusetts. She then moved on to Miami's WPLG, working as a reporter. The next stop in her news career was Chicago, where she worked as a correspondent for the ABC affiliate news service NewsOne. Cho rapidly rose up the ranks, going on to co-anchor the network's shows like World News Now, which is an overnight news program she did with cohost Derek McGinty. She also served as substitute anchor for the show Good Morning America during this time.

In 2003 Cho started working at WABC-TV. Starting out on the show Eyewitness news, Cho covered events such as the Royal Wedding of Prince William to Kate Middleton, Republican and Democratic National Conventions and more. Liz Cho has covered various assignments while working for ABC network for its shows Nightline, Good Morning America, and World News Tonight. She has reported on the initial weeks of the Iraq war for GMA. Her other important assignments include the impeachment hearings of President Bill Clinton, the shooting at Columbine high school, and the destruction caused by the 1997 tornado in Oklahoma and the 2005 Transit Strike. In 2011, she anchored the debut show ‘First at 4:00’, which was introduced to substitute the vacancy left by the exit of The Oprah Winfrey Show.

Liz Cho has been married twice in her lifetime. Liz Cho married Evan Gottlieb in 2008 and they have a daughter Louisa Simone Gottlieb. They lived in Manhattan area. About three years after their marriage, the couple bought a $2.2 million, nine-bedroom, four-bathroom mansion in Westchester. In 2012, Liz Cho separated from her husband Gottlieb and filed for divorce. She was rumored to be dating Josh Elliot before her divorce, the anchor of Good Morning America. Cho and Elliot got married on July 11, 2015. This ceremony was an intimate one and was held in Montecito, Californiain the garden of Villa Suvillano Private Estate. This venue has a wonderful viewing site with the sparkling Pacific Ocean as the background. The maids of honor during the wedding was the daughter of Cho, Louisa who was 8 years and the daughter of Elliott Sarina, 6 years old.

FAQ: How old is Liz Cho?