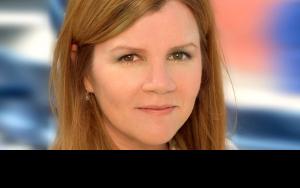 Mary 'Mare' Megan Winningham is known as an actress and songwriter who has made appearances in over 100 TV shows and feature movies.

Mare went to Chatsworth High School with famous former students like Val Kilmer, James Rekart and Kevin Spacey. She caught the acting bug much earlier on in her childhood. She had always enjoyed drama and music since her days in elementary school. She had great interest in the guitar and drums when she developing her passion for music.

Mare started her entertainment career in 1976 as a singer. She would star in many and diverse film roles before hitting the jackpot as one of the original Brat Pack members in Joel Schumacher's St. Elmo's Fire. The famous 1985 film also starred Emilio Estevez, Andrew McCarthy, Demi Moore, Judd Nelson, and Ally Sheedy.

After the big break she got with St. Elmo's Fire, she has played some great roles in a number of big feature films. She was in the Tom Hanks comedy Turner & Hooch (1989). She has also been involved in two feature films with Kevin Costner which were The War (1994) and the western Wyatt Earp (1994). Wyatt Earp was directed by Lawrence Kasdan and co-starred the legendary veteran actor, Gene Hackman.

FAQ: How old is Mare Winningham?

FAQ: What is Mare Winningham networth in 2020?