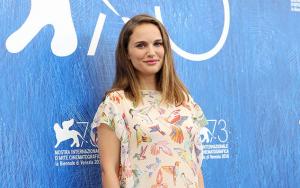 Natalie Portman (born Neta-Lee Hershlag) was born on June 9, 1981 in Jerusalem to an Israeli father Avner Hershlag and American mother Shelley. Natalie was raised in Washington, D.C. From the age of three, but then her family moved to Connecticut in 1988 and then moved to Jericho, New York, on Long Island, in 1990. She lives with a dual American and Israeli citizenship.

Natalie attended Charles E. Smith Jewish Day School in Rockville, Maryland. After her family moved to Connecticut she continued her education in Solomon Schechter Day School of Nassau County in Jericho. She finally graduated from Syosset High School in Syosset, Long Island in 1999. At the same year she enrolled at Harvard University and graduated with B.A. degree in psychology in the 2003. She also studied ballet and modern dance at the American Theater Dance Workshop in New Hyde Park, and attended the Usdan Center for the Creative and Performing Arts in Wheatley Heights.

Her acting career begun in the middle of 90s with her first role in the movie “Léon: The Professional” along with Jean Reno, she still studied at school at that time. During 1995 -1998 she appeared in movies like “Everyone Says I Love You”, “Mars Attacks!” and “Beautiful Girls”. Then she landed a role of Padme Amidala in the Star Wars prequel trilogy in 1999. Since then, she has achieved huge level of fame and appeared in a number of other movies “V for Vendetta”, “Thor”, “Illusions & Mirrors”, “Pride and Prejudice and Zombies”. She also voiced Bart Simpson'sgirlfriend Darcy in the episode of The Simpsons' 18th season.

In 2004, Portman appeared in movie “Closer” with role of Alice. The next year she filmed the film “Free Zone”. In 2010, Portman appeared in the movie “Black Swan”. She appeared in the “No Strings Attached” along with Ashton Kutcher and was an executive producer in the 2011. She directed a segment of the collective film “New York, I Love You in the 2008”. Her first project as a director was a movie “A Tale of Love and Darkness” in the 2015. Natalie Portman is a winner of Oscar award in 2011 for best actress nomination by playing in “Black Swan”. For the same role Natalie was awarded by BAFTA in 2011. Portman won a Golden Globe Award in 2005 and 2011 for movies “Closer” and “Black Swan”.

Natalie, is a vegetarian since she was 8. She is also a supporter of the Democratic Party. In 2011 Natalie Portman became an ambassador of "Free the Children", an international charity organization. She dated with folk singer Devendra Banhart till 2008. In the 2009 she met dancer Benjamin Millepied and began dating with him. They found each other during the work on the movie “Black Swan”. The couple married in 2012 in California. They have son Aleph Portman and currently Natalie waiting for the second child. She says that would like to raise her children Jewish. Her net worth is around 60 million dollars.

FAQ: How old is Natalie Portman ?

FAQ: What is Natalie Portman  networth in 2020?