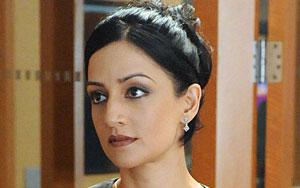 Who is Rajesh Nihalani?

Rajesh Nihalani is known as a British Indian tailer and businessman. He is most famous for being the husband of British Indian actress, Archie Panjabi.

Rajesh Nihalani was born in India.

Rajesh Nihalani is the owner of the famous bespoke tailoring venture known as Imperial Tailoring, which is located in London's famous Savile Row. He has developed a shining reputation as a fashion icon in London.

Rajesh Nihalani does not have a net worth valuation that is available to the public.

Rajesh Nihalani married actress, Archie Panjabi in England when she was 24 years old. She is most famous for her role on The Good Wife as a fearless bisexual private investigator who is known for her habit of winning cases through her power of seduction instead of going through legal procedures. Kalinda Sharma is the name of the character that has given Archie immense recognition and awards like the Emmys. From going through intimate scenes, kissing girls to wearing revealing outfits, Archie has done everything she can to portray how Kalinda is. Archie is not worried about all of the maneuvers she has to do for the role. She says when she wears Kalinda's boots, leather jacket and hair, she becomes Kalinda.

The decision to move to the United States to take the role was not an easy choice for Archie in 2009, given her family and husband Rajesh resided in the United Kingdom. Rajesh has been very supportive of her acting. Panjabi always dreamt about a big break and felt like she needed to take the chance.

The image of her being an occasional television actress, and supporting movie actress wasn't enough for her. Even though she worked with huge stars like Angelina Jolie, Ralph Fiennes, and Russell Crowe, she still wanted to carve her own path. Archie once said, "I like to do new things, so I always take on roles that I feel will keep me on my toes. I never want to pigeon myself, so I always like to surprise myself. I believe in versatility and so I would play anything as long as it was a challenge."

Rajesh and Archie have been supportive of each other in spite of getting less time to spend with one another. Both Rajesh and Archie grew up with Indian culture and values. Although not all Indian families are conservative, most of them do believe in arranged marriages and collective living. Archie and Rajesh's marriage was an arranged one in 1998. According to Archie, it's not necessarily that all arranged marriages are enforced. She doesn't like people only highlighting misconceptions about arrange marriages. In her case, she is happy that she got in terms with Rajesh before marrying him.

FAQ: What is Rajesh Nihalani networth in 2020?

Help us Edit this article and get a chance to win a $50 Amazon Gift card.
Last Modified: Sep 15 2020
You may also like
articles you may like