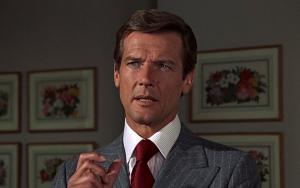 Sir Roger George Moore is a famous Hollywood actor and is very well known among his audience for playing James Bond in the bond film series. He did many other famous movies like The Wild Geese, Cannonball Run, The Man who haunted himself, Boat Trip and many more. He worked in famous television series like Maverick, Ivanhoe, The Saint, The Persuaders etc. He got Academy Award many times for best actor and many awards for his charity work too. He was an actor, producer, writer, model and director. He also was a goodwill ambassador for UNICEF, having succeeded Audrey Hepburn in this role. Roger Moore had four marriages.

Roger Moore married with skater Doorn Van Steyn , when he was 19 and had problems from the beginning. They both met at the Royal Academy of Drama when they were students. His marriage was going through a rocky patch, when he was busy with theatre productions. He and Doorn were apart much of the time. They finally got divorced after 7 years as Roger claimed that his first wife was apparently often violent and she once threw a teapot at the actor.

He then got involved with singer Dorothy Squires. The age difference between them was of 13 years. Dorothy was elder than Roger. They both met at a party whilst he was still waiting for his divorce with Doorn to be finalized. Roger became infatuated with Dorothy Provine, his co-star in a television series and that was the first serious fissure in their marriage. Later, Moore started liking Luisa Mattioli and then they both had an affair. Seven years later Dorothy and Roger signed a divorce.

Sir Roger Moore was a victim of domestic violence in his first two marriages. His first wife hit his doctor, when he was treating Roger. She once punched him too. His second wife once hit him on the head with a guitar on a show Piers Morgan’s Life Stories. Dorothy was busy in promoting her records in different parts of the world, so the couple was often apart. This was the time when Roger met Luisa on set whilst making a film in Italy.

His third marriage was with Luisa Mattioli. He had three children by his third wife, Luisa Mattioli. A daughter named Deborah Maria Luisa Moore who showed her acting skills in some of the James Bond movies and in two films based on a novel. His elder son Geoffrey Moore tried his hands in acting and also is the owner of a Restaurant in London. He also worked with his father in a movie Sherlock Holmes in New York. Moore’s younger son Christian Moore is a film producer.

The fourth and the last time Roger found peace and happiness in marriage. He is recently living with Kristina Tholstrup, 71 a Danish-Swedish socialite, his fourth wife. They both met on the French Rivera when they were neighbors. Kristina had two previous marriages and has two children named Christina Knudsen and Hans Knudsen.

FAQ: How old is Roger Moore?